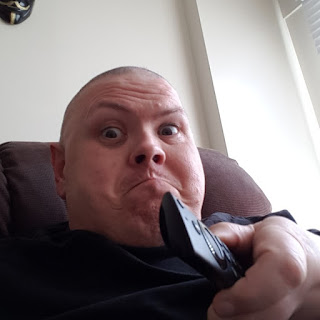 Been watching a lot more streaming than TV this last while. There are 2 or 3 times a year where there is very little recording. Right now there is only 2 shows, one one Monday the other on Sunday. I Watch them Tuesday normally.

But I've watched a great deal of movies on Netflix, Prime Video and Shudder.  I decided to keep Shudder for the $6 a month it is. There are a great deal of not the best, but I love watching them, horror films on it. A lot of Rob Zombie kind of things.

I've also watched a few series on Netflix and Prime all the way through in the last 2 weeks. I can't seem to sit there and watch 8 or 12 episodes of something in a row. My legs and back start to hurt a lot. So I get up and move around between episodes. Also some days I can only manage to focus on 3 episodes in a day.

The next series I'll be watching starts tomorrow for me, "Dark". The new season is out and I loved the last one. Stranger things was the last one I watched all the way. It took 3 days for me - could not do it in 1 day. But I have to say season 3 was off the chain epic. It was by far the best season. I do however think the show is over now - I don't see them continuing it unless it's in a new format.

Also been watching documentaries. I did  did manage to spend 6 hours in one day watching 6 docs. I've also one several occasions watched 6 movies in one day - but this is not common, my back and legs don't like that.

In any event, sooner or later my shows will come back on and I'll be watching a lot of stuff on the DVR. I've thought about it and if I dropped cable I'd be saving $46 and would have to spend $20 to get some of the content I want and well, the internet bill then goes up $20 when not on a package - so $6 saved. So I'll more than likely keep the cable.

There is the idea however of dropping cable and switching from Shaw to Sasktel at a much lower speed. That would save me money but upload times go up by a factor of 3 that way. Still would be like $60 or so less a month that way even with the extra streaming service. So when my contract runs out with Shaw, I might just do that.