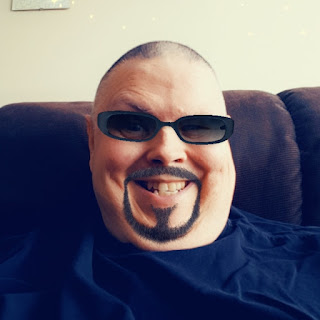 There is this show called Legion. I honestly ignored it after someone said it sucked. But I saw the promo for the current season and though "I want this".

So being I have Crave as part of my Cable - I fired up the app (the app SUCKS on Fire TV BTW) and watched literally off of it from the start a week before the first episode of  season 3.

Now I do have to say, I can see why people don't like season 3. It's trippy, disjointed and outright strange. That is to say hard to see where the hell this is going and why. But I'm hooked.

Then there is The Walking Dead. Sigh I just had to stop watching the last season was total suck and I hung on then this one came out and it was worse. So I deleted it from my record list.

Fear the Walking Dead however I do still enjoy very much. I just hope they don't drag it out too long and kill it for me like TWD.

There is talk of other sin-offs and a few movies - so they are milking this for all it's worth. I however think the time has passed and it's on the outs... but what do I know.

Let's talk about old shows from when I was a kid now shall we?

Well there was Space 1999. I loved season one of the show and then they sold it to the Americans and they destroyed it. I'm just glad that did not happen with the new Doctor Who.

There was one called The Starlost. Well I loved this show as a child and got talking about it out for coffee and my friend says "that's the worst TV show ever made".

Well he had to be wrong. So I found it online and watched ALL of it. Sigh. He was correct. The robots where literally cardboard boxes and dryer ducts. Sigh. The show made no sense at all even. I was disappointed.

Well I could actually turn this into a badly written book, but I'll end it here. Have a good one.