September 06, 2017
There are a few things that prove I'm not the wisest person on earth. I'm supposed to be smart you see - I done been tested... But like most smart people I know I do blindingly silly things now and then. There all relate to eating or drinking. 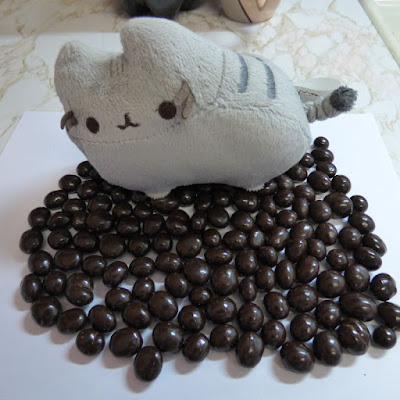 I sat there watching Netflix for 8 hours non stop and eat 1/4 lb of chocolate covered coffee beans. It was a hard night trying to sleep and the next day I blew my ass off in the toilet.

I drink at least 12 cups of coffee a day some times up to 18 of them. For some reason it does NOT keep me up at night although all them beans did a dang good job of keeping me up all night. 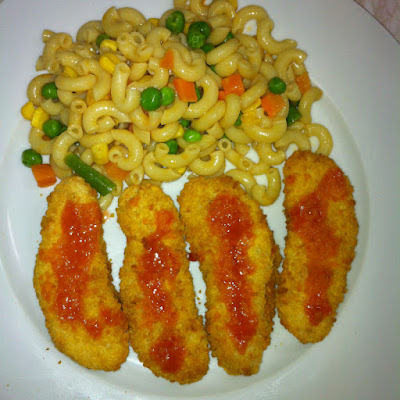 Industrial processed chicken strips with JAM on them. This actually tasted good but I'm sure it was one of the worst things I have ever eaten. There was a reason these things where $5 for 1 KG of them. They are 75% chemicals. I puffed up like a beach ball after eating them and then eat the rest over the next few days because I don't like to waste food. Then after I though - that could have killed me... 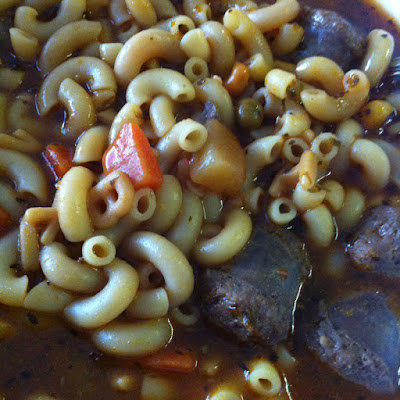 Most people that got this far and kept reading will be turned off by this one. So I see blood sausage in the store and thing "lets make soup out of that shit". Well there is a reason most people hate this stuff and there is a reason I never saw it before this or after this. I can't even start to describe to you the texture or taste of this. But I eat it all - all 4 servings of it... 4 days of sitting there going "ick" as I eat. 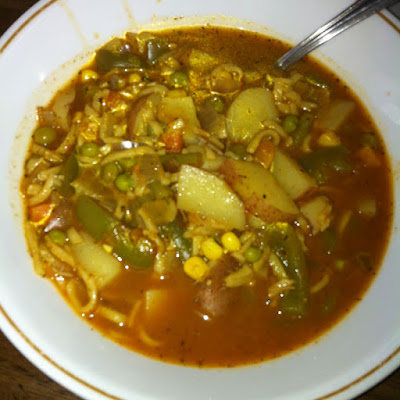 Curried chicken noodle soup. Now this would have been fine if I did not toss in all that scorpion pepper sauce. Ya know how curry kind of cleans you out and you know how scorpion pepper sauce is really freaking hot. Well this did NOT end well. This was one of very few times I tossed out the leftovers. I was NOT going threw round two of the fire poop from hell. 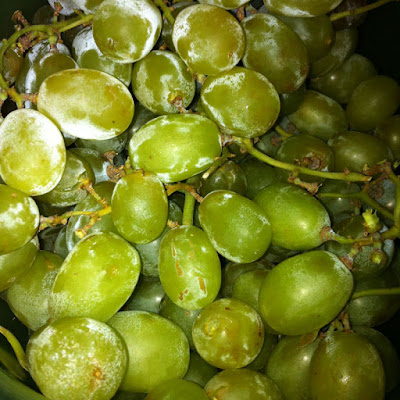 So I get home and I don't even wash these. I toss em out of the bag into a bowl. NOW if I had just looked in the freaking bag at the store this would never have happened as I would have picked another one. So I turn on the TV (still not looked at them) and started to eat. About #6 I thing this is not right. So I look at them and they are covered in white fungus. Did not get sick or take a trip of any kind so it was OK. I walked back to the store and exchanged them for a good bad. Actually I stopped getting these things as grapes hate me. There will always be something wrong with some of them in a disturbing manner, so I don't get them any more. 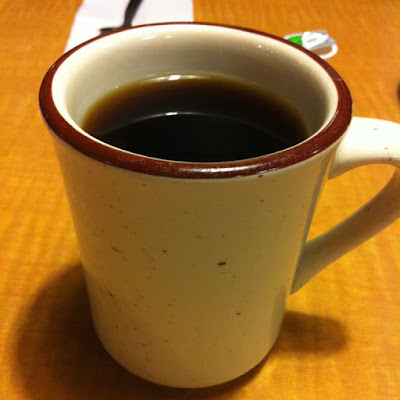 13 hours in a 24 hour truck stop, then went for a super gulp and had a fire in the fire pit. Well there is literally no telling how many cups of coffee we had but I can say both of us slept like a LOG after it wore off. Not to mention the dripping with grease crazy bread we eat TWICE. This just had to be some kind of health risk at the least. 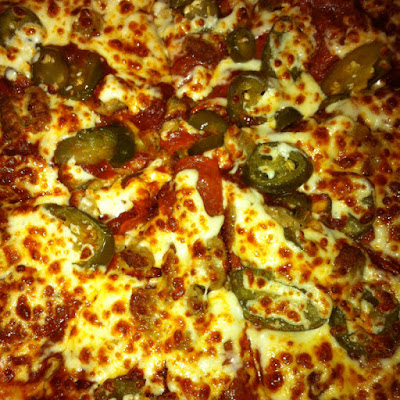 I'm literally not capable of doing this now for what ever reason or I would get sick. But in the day I would order a 4 topping large pizza and eat the entire thing myself in front of the TV. There is no wonder I got to be the size I once was (498 lbs at my worst). The worst thing about that is I literally had to be told "you are not going to live more than 2 years if you don't lose weight" before I dropped 130 lbs. I sadly have hit a wall with it right now and kind of hope it will level out and let me drop 100 more at least. Right now it's coming off but way slow and I keep falling off the wagon. It's right back to the not too wise thing again. YA know - week long eating shit food kind of things - this is my wall, not a body thing but a me being stupid thing. Oh and I would ALWAYS drink 2L of coke with this. 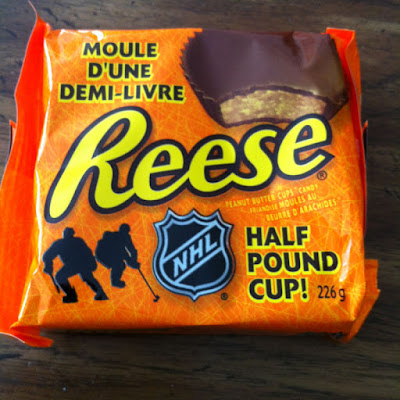 Just read the package. I would get these 2 for 1 at the one place then eat them both while watching a movie. We are back to "gee I wonder why I'm so darn fat". The best thing is, like most people of size I blamed it on everything but myself - my disability was a scapegoat many times. Being I HAVE lost a pile of weight, it's proof that that was bullshit and for most people it is as well. That being said, there are people who literally are medically unable to lose weight - they DO exist. The fact that 2 meds I take that keep me from literally talking to God (as in he is in the room with me) make it so I feel hungry 24 hours a day. I would eat till it hurts and still be hungry. But this is able to be overcome with scheduling times to eat and portion control. 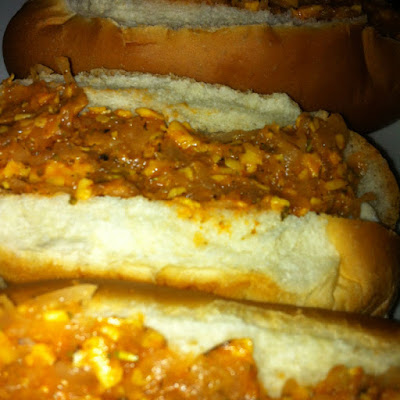 OK this is curried pulled chicken in a bun - sounds yummy right... Well I hit it heavy with the Blair's Ultra Death Sauce. 1.1 million SCU. Well I loaded it with it. I was sweating and actually high off the chili rush (yes it can actually make you high). See the burning poops from hell reference above to know what happened from this. If I had $50 for every time I about blew my ass off with hot food I could have a new car by now. See I at least am willing to NOT eat a large pizza or a pile of candy and so on now - but the hot stuff this will be in my life till I die. I actually had someone sneak me in some hot pickles in a jar when in the hospital one time. The nurse was like "you eat all these" when she saw the empty jar. Flaming poops of death while in hospital is so something you don't need. But it was WORTH IT.

Anyways this concludes why I'm not a very wise person when it comes to things I eat or drink. But at least I'm not a drunk - like that would be terrible... LOL - see we look at others problems and NOT ours and judge them and NOT ourselves most of the time. Oh well this is humanity... Have a good one all.