Instead Of Getting Wings 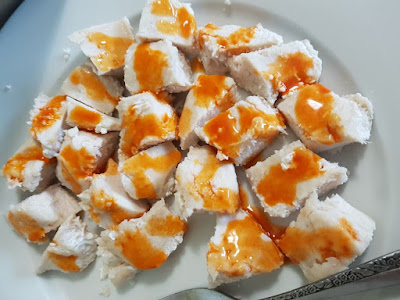 Well I wanted chicken wings so since I'm broke and I don't need the fat content of chicken wings, I had this. Boneless skinless chicken breast with hot sauce on them. It was good enough. It was also enough to make me full and I did not have veggies with it (shame). The thing is I'll be making some veggies later to eat for my 10 pm feed. I don't keep normal hours after all.

Next week when I get paid I'm going to get spaghetti and mushroom pasta sauce for it. Just a small thing of pasta - enough for 2 feeds maybe. That will be a treat as I have not had much pasta in a while - months actually.