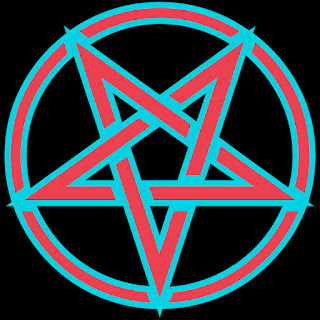 A place here in Saskatchewan called Martensville is famous for a notorious reason. That being a "devil worship cult" that never really existed.

There where allegations of sexual abuse at a day care there and the police who where interviewing the children unintentionally lead them to say things and fantasy became reality.

The children ended up claiming (threw no fault of their own) that a large devil worship cult was in action in the community. The allegations even included such outlandish things as a baby was sacrificed every day. This should have been a clue to the officers investigating that something was wrong and it never clued in.

One child claimed that an "axe handle" was put in his penis at one point. This being physically not possible never deterred the investigation of these fictitious monsters...

Long story short, the lives of a couple where destroyed and their son convicted of molestation. In the end almost a million bucks was paid out in compensation to the couple over the destruction of their lives in such an absurd manner.

This is what happens when people first believe in outlandish notions and secondly try to prove those notions. That being said, there seems to be a big problem with all of us and not having expectations when investigating or researching things.

There is a theory that we can not actually observe things without influencing them with preconceived notions. This case was a great example of that.

So what is my point? The idea here is, don't let outside sources influence your thinking. Take in the data and see facts instead of desires or preconception. Only then do you see the reality of a situation.

I have recently seen someone I know go down the rabbit hole in this manner. His desire for something to be true has blinded him from the reality of the situation he is looking at. It has also become a focus for long instilled anger issues that have never been resolved - but that is a different story.

Because of his need for something to be the way it was first presented to him and his emotional attachment to the subject, he does not see what is happening although many others have seen it.

It is very easy for the world or a person or a situation to be tainted by what we think it is supposed to be. The ability to distinguish between expected results and the actual results is something most people can't actually do.

There is further the notion that we literally are not capable of seeing reality in it's pure state and instead make our reality to fit our notions. I think it's somewhat a combination of things that we can not deny and the distortion of many other things that becomes our reality.

In the beginning I was blinded to the same situation as he was and wanted things to be as presented. It was only after some interaction that the reality of the situation came to light for me.

Sadly a combination of outside influence and this difference of view point caused a situation where someone could no longer be part of my life. The sad part is, it was going to happen sooner or later and there was no stopping it. Still I felt for a time it could have gone better.

The reality of the situation set in after the emotion died down. This person was lost to me in the first place and this situation happened because of my desire to let him back in my life after another angry encounter that was triggered by his inner demons flooding out.

In both cases the desire to see something clouded the reality of a situation and made things worse. The fact that the split would have happened sooner or later is not relevant. The idea that my desire for a person to be as he was not as he now is got me into the situation.

To sum it up neither situation should have happened. It was threw blind preconception that they did happen. I can't speak for the cops, but for me I should have never allowed him back in the first place.

On a side note, I now know that my desire to help people is limited deeply by their desire to be helped. If someone does not realize or refuses to see a situation they are lost to it.

One last note. Don't let the anger of those you care for keep you from letting go when you need to let go. It's never worth it. If they desire change they will find you after. Hugs - Dave :)