Back On Track For Weight Loss I Hope 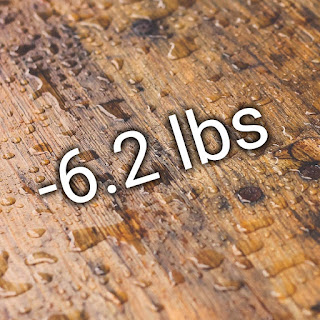 So there it is after last weeks big ass weight gain (cough word play), I dropped a bunch. I just have to stay on target (I watched Star Wars last night).

I find it interesting the month I went vegan for most of the month I lost almost nothing. Compared to when I stay on track with eating meat I lose more.

So much for them saying "It's the best for weight loss". Sigh. I'm not alone in that as well, a friend went vegan for a month and put on 12 lbs. So I don't know... Something about meat that seems to be better in that respect.

Then there are the foolish people that go all fruit and end up looking like they are on drugs after a year of that. Not to mention you have to have 10X the money I have for food - that stuff is expensive.

Got to say the fruit diet works well for a 1 week purge for most people I know, but as soon as I eat more than a couple of apples - poof - on goes some weight. Every time. But an apple is a sweet fix - not as sweet as candy but it will do.

I think the best thing I ever did was stay the hell away from carbs. Almost all of the UP swings in my diet this year had something to do with a load of carbs. In fact all of the big ones where carbs and processed meats (pizza).

I have to start walking again. I had a knee issue for a bit and I fell out of habit. This was months ago and I not been dropping like I should since. So I DO need to go walk.

That and I have to do this test for my doctor where I walk for 6 minutes and see how far I have gone. The logistics of this is failing me on how to messure how far, as the phone GPS is kind of crap.

So I guess I will not my location start and finish in google maps then use the measuring tool. Also it's getting cold out there at night so better be in the day. Not to mention not the best place to be out at night in... I'll get it done in any event.

Anyhow - back to this cup of coffee and some vlogs to watch.