Looking At The Past 10 Years

January 28, 2018
In the past 10 years things have changed a lot. I became a member of Facebook - gained and lost friends and had tragedy and joy. Here is some of that. 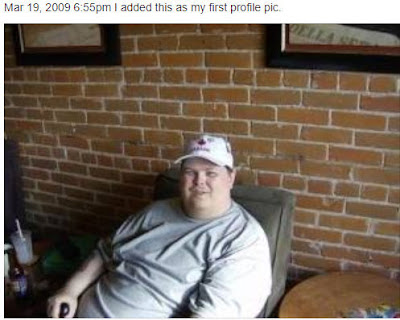 May 19, 2009 at 6:55pm I posted my first Facebook profile pic and this was it. So it's almost 9 years I been on FB it seems. There have been people come and go but a lot of very good people have stayed and I have become quite close to them. Social media can actually be very important to disabled people or the elderly who can't get out to socialize that often. It can in fact be a life saver in the literal sense of the term. 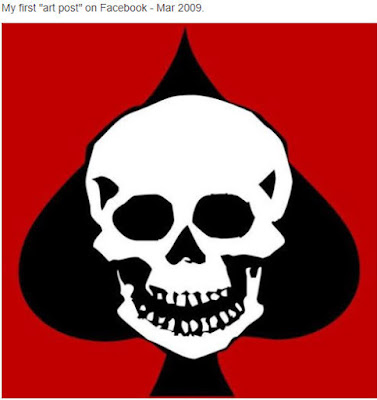 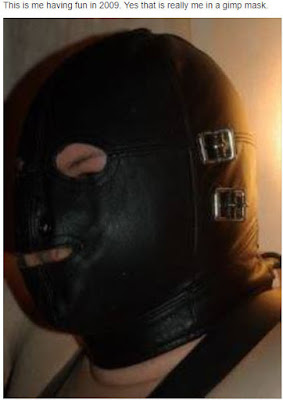 This really is me in 2009 (summer) with a gimp mask on having some fun with a friend. Don't ask, you don't want to know LOL. It was near the end of that kind of thing in my life. Since then I have been a rather dull person and very much not interested in things of that manner at all now. Soon after this I sold off all my toys and became a quiet person who stayed home a lot.

Not long after this because of my physical state I was no longer able to walk much and was well kind of depressed so I eat junk food until I almost hot 500lbs in fact I topped out at 498lbs. That should have been a wake up call, but it was not. I only started to try hard to lose weight when the heart doctor said "you will die soon if we don't get this under control".

Thanks to medication (Entresto) and losing over 100lbs so far the heart funtion is greatly improved now and I am back to being able to walk around a lot more now.

Getting back to FB my first interaction was a woman from Texas who though I went to high school with her. Well I had no idea who she actually was and she was a friend of one of my YouTube friends who had added me in that time. Half of the people from back then are no longer on my list. But I have as I say made long term friends with many people and some are literally like family to me.

In any event, life has changed over the last decade some for the worst and some for the best. It's a mixed bag but I'm happy at least. I might not be the most healthy person on earth but I am more well off than most people on the planet and am deeply grateful for it.

As well in the span of a decade I watched my mother become sick with Cancer and die a slow lingering death and it changed me. I am no longer the happy go lucky person I used to be. But I still enjoy life and a good joke.

I also gave up my drivers license in the last 10 years and have not driven since. There is no point to having one for me really. It is actually way less money to get a cab when I need it than to own a car after all.

In this time span I also lost some long term friends. One died, several moved away and I lost contact with them and 2 turned sour on me (I have talked about them so I won't go into detail).

Life is different than it was but thankfully money wise I am slightly more well off and no longer in need of having to ask people to bring me food to eat like I did at the start of this 10 year span. The sad thing is there might be changed in the current government policy that put me back to the state of deep poverty once again. But that is another story.

In all I am a blessed person with friends who will help me when I need it and who will support me when I am down. I can't ask for more than this. I have to say if I won big in the lotto I would be giving some of that to my friends who have been there for me as they deserve it.

to sum it up, I never guessed how life would change in the past 10 years. It's been a hell of a ride with a lot of ups and downs. But in the end I am loved and I love a great deal of my close friends - there is not much more I could ever ask for.