OF HOSPITALS AND BAD RENTAL PROPERTIES 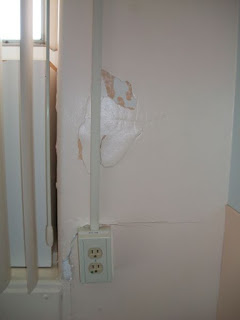 A lot of people complained about the old hospital being torn down. Some wanted it fixed up and still used and others wanted it to be turned into a care home. To be honest, the building was past it's time to say the least. The price to fix it up would have actually been greater than to build the new hospital. I do agree with almost everyone that the hockey arena should have been built in the place the hospital was and the hospital down town. That is a given. 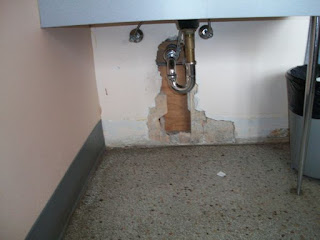 The sad thing is, there are a couple of rental properties in town where the building is in no better shape than the old hospital was. I was in one a while back and it was like walking into the third world. The smell of cat shit and stale booze mixed in with filth everywhere I looked, all topped off with the fact the paint was pealing and the walls where cracked. No one should have to live like that and I often wonder how in the world it passes inspection. I kind of am to the point I wonder if they even bother to inspect these places or not. Sigh.

In any event, I'm glad we have a new hospital. But I wish it was in a better location, a cab ride out there is $15 and the same back - think about this and the low income people that rely on using the place. Now think that they no longer give out cab vouchers. Disability dives you a whopping $20 a month for travel BTW. So... Yeah... Not a good location. Think if I was on the south end of the city - this would be a $60 round trip. Would be dry cat food for the rest of the month after that one.