NOT ENDING UP LIKE ANNIE MADE OTHERS LIVES BETTER 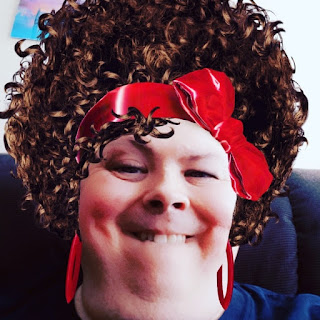 I literally only go to see a play like every 7 years. That being said, the last one I went to was "Annie". It was put on over at Peacock High School and I enjoyed it a lot. I always liked the story of Annie and the performance was great. This was a number of years ago BTW, but I was reminded of it today.

I've seen several versions of the Movie and watched a cartoon or two back in the day. The idea of some poor as dirt kid getting the chance of a lifetime to live the rich life is appealing to me.

I was adopted before my first birthday - so I don't remember my birth parents, but the folks that raised me where Mom and Dad to me. After all is said and done I have to think that because I ended up with the people I did, I became the person I am today. Because of this many lives have been enriched my me being there for them.

If I was adopted by some rich folks, would I have ever bonded with people the way I have in the past? I doubt it. So I have to say I'm glad it ended up the way it did.

Yes more money would be a blessing to me personally, but it would also mean I would never have met any of the people who's lives I am in now. So yes, it all ended up just right in my mind.