SPIDERS, RED ANTS AND A FARM 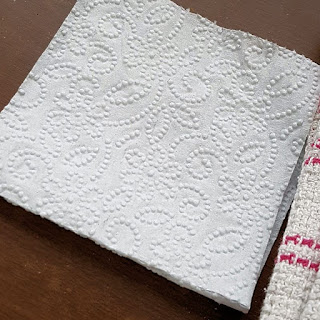 So I see this big spider sitting there on the heating rad. I go get some paper to kill it with and toss it in the toilet and when I get back the spider is gone. Sigh.

See I really dislike spiders. I'm not to the point where just seeing one makes me lose it, but now that I know it's in here and I can't find it I'm nervous. I will however lose my mind if one gets on me or I wake up and see one on the ceiling over top of me.

I can trace it back to a moment when I was a very young boy (maybe 5 or 6) and I saw this white thing on a leaf. So I scratched it open with my finder and all the sudden my tinny hand was covered in baby spiders. Well, I lost it and was literally running in a circle screaming. The fact all the spiders where off me by this point was not helping me, I had lost control of my senses.

This was at a farm near Yourkton Saskatchewan, then owned by my Uncle and Aunt. The same next day in my short pants I decided to kick that big pile of dirt sitting by the tree line. Well it was an ant hill filled with red ants. Well this went as you would expect and I was bit thousands of times.

The strange thing there is I don't fear ants at all, just the spiders. I was in a lot of pain though, but my Aunt had something home made to put on the leg and it helped a lot. I also liked going to the farm for many years until I was a teen then I was bored by it. Right now I would give a lot to spend a week or two out there, but this is not possible.

So many memories go with that farm. Shooting gophers with a .22 and walking for hours in the fields. The first night was always hard to sleep though. See where we lived it was very noisy at that time. There was traffic and people sounds 24 hours a day. Then to be in the dead quiet made it hard to sleep.

My Uncle had this strange ability to just get animals to come up to him. I have never seen anyone else like that. But he raised Mink. I witnessed the curel way they where killed with a wire and electricity. I from that moment on though of him as a curel man.

I don't actually have a lot of memories of actual farming going on though for some reason. But the dead quiet and the fact that once you got away from the yard light, it was pitch black left a mark on my memory. Well so did the then seemingly endless fields of wheat undulating in the wind.

Then there was Fernie B.C. but that is another story.