THE ANGER OF THE CHRONIC VICTIM 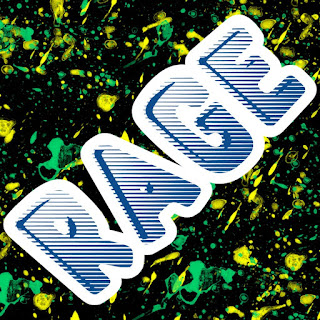 A group of us online have been the focus of a rather unbalanced person this last year. This person has turned on a lot of their friends and pushed them away with outright abuse. The worst part of it, this person also sees them self as the one who is the victim. The reality of course is plain to see that her anger and aggressive nature has caused people to turn from her.

For most people (balanced people) when someone chooses to walk out of your life they are gone and you might think of them now and then but there is no obsession over them. For people like the one I'm talking about however, they can't get it go. They need to play the victim and that means attacking the person over and over again in hopes they will say something back in reaction so they can say to themselves, "look they are hurting me, I'm justified in all this needless anger".

Reality never sets in that they caused the split in the first place as they need to be a victim. They also need to keep adding to the number of people who are "hurting them". When they run out of friends they turn to friends of friends and attack them. The cycle goes on as long as they live. They are the kind that will go to the grave thinking "oh poor me, I'm so hated".

The reality for most of the people they attack is "Oh it's them again (block)". They don't give it a second thought other than to feel sorry for the person.

The other thing people like this tend to be good at is literally harming themselves in order to make someone feel sorry that they "hurt them". They will publicly tell the person that they are going to kill themselves and then make a half hearted attempt on their life. They will blame the person for making them do it on the way out the window so to speak.

They don't actually want to do however, they want to have the person come back for more shit and abuse and say endlessly how sorry they are they harmed themselves.

It is however a fine line between this behavior and showing up at a mall with a bag full of guns and ammo. Sadly some of them will end up hurting others and most of the time after that ending it, all in an attempt to show the world how bad it was for them.

I'm not saying all of the people who do shit like that are like the person in question just some of them. Perceived injustice after they went off the rails crazy on someone or some group.

In my case the person made a threat against my life and a rather long rant in a PM over me telling them it's not acceptable to wish millions dead because they voted for a person they did not like. In their mind of course this is acceptable and they are being abused if you say it's not.

The reality is, the person they voted for is a trigger point. It has nothing to go with the reality of their hate and aggression - that came before this person even ran for office and will last longer than he does.

The best part of this is in almost all cases these people (and I've met several sadly) where stable on medication and a rather pleasant addition to our lives. Then they for some stupid reason decided the medication is holding them back and stop taking it. Poof just like that, they are an instant victim of everyone around them being so darn mean to them.

The sad thing for us well adjusted people here is these people won't just go away and leave it be, they have to keep attacking as our existence alone seems to cause them pain and suffering.

So remember when that person attacks over and over and there is no justification for it, it's not you - it's them 100%. They need to have you to hate, it's how they keep from self destructing. If for some reason they did not have the ability to spew hate and anger, they would up and end it all because the anger would turn on them instead of all of us. Unfortunately as I said, when they self destruct they tend to take people with them.

All we can do is just keep blocking and moving on. There is no way to help these people. Even if by some miracle you made them like you again, the cycle will start again. So just keep walking the other way.

The thing I will never get here is they will also keep saying they want you to go away and then hunt you down to attack again. I guess they don't realize they literally need us to be here as a target.

Well peace out and remember, you are not reasonable for the irrational actions of people who are mentally ill - it's ALL on them.