RECOMMENDATIONS FOR SETTING UP THAT NEW ANDROID PHONE 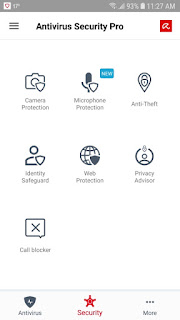 First thing you should do is install Avira on your phone - the pro version is $11.05 Canadian a year. I like the pro version as it ads browser security, but if that is not a concern to you just go with the free one - it has a couple other limitations but will be good enough for most users. As well it's a German company unlike a lot of "security" apps that come out of shady countries that I would rather have nothing to do with. Hell one company was outright caught spying on systems and for some unknown reason they are still in the app stores and still popular. Sigh. The same said app (and computer program version) are almost impossible to uninstall and you need a cleaner to get them off - sigh. 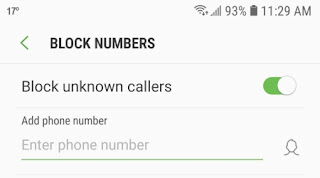 Go to your phone app - in the settings select blocked numbers and turn on the setting you see here. 99% of the time I got an "unknown number" it was some kind of scam. Every last person or organization I deal with is NOT shady and will have caller ID. BTW Avira is very good at blocking spam called and texts - the instance of this went down to almost never when I installed it. 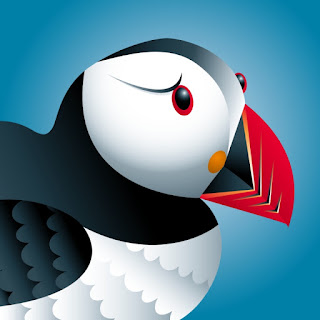 My third recommendation is the Puffin Browser. The free one works just fine and will run flash. I go to several small market sites that run flash for video, so it comes in handy. It allows you to have it on all your devices with the same Google ID. The pro version comes on sale now and then and I got it for $5 if I remember correctly. With Pro you also get ad-blocking. This is a nice feature since some of the sites have "bad ads" that can pass a virus to you. Also we all know that a lot of the "click traps" are only in existence to expose you to an absurd amount of advertising to make a lot of money in a short time. In any event, it is slightly faster than Chrome is - but has a strange bug that does not show up for all users - That being you can't copy paste into a dialog box. Still I recommend it over Chrome any day just for the flash alone - Oh and it uses a lot less memory as well.

On a side note, I have had mixed results with "battery saver mode" on several phones I owned. Some actually used more battery life. On my Galaxy S7 it seems to do literally nothing. I had the same average use time with it on or off. In full mode the functionality of the device was limited as hell, but it did save battery. I tried several custom modes as well as the "medium" setting and there was little to no difference. I would very much recommend you NEVER install an app to do this BTW - it's never a good idea.