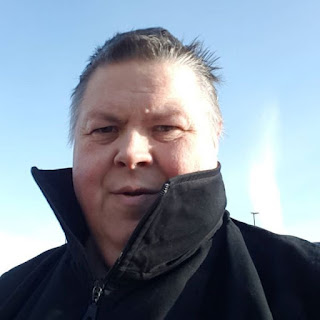 So was off to the doctor’s office today at the wee early hour of 3:50 pm. Sigh I hate getting up when there is light outside. I’m kidding about the time thing, I get up at about 11 am (ish).

The first thing I notice is its loud kid day. So, I’m sitting there waiting to be called in and there are kids all over the place. OK there was 6 kids, but 2 of them where all over the place wondering around and crawling under chairs and so on and so forth. The entire time the mother is glued to her phone and not attending to the kids at all.

Maybe I’m old fashioned, but in my day if I was not sitting their quiet Mom would have told me sternly to “sit down and shut up”. If I kept it up, I’d have received a smack on the but or 3. Come to think of it 3 smacks were the standard for Mom. That would have gotten me to sit there and shut up. Thing is, if someone did that now some other random person would be on the phone to social services to have the kids removed or something. Trust me they would actually be there in 5 minutes as well.

So I got into the doctor’s exam room and all I hear is coughing and kids crying at the top of their lungs - At this point you should know I actually LIKE to sit in a dark quiet room alone for a couple of hours at a time now and then - So now I’m annoyed as hell. But the doctor came in shortly after I was there so it’s all good I guess.

I rather hate that I have to go in for repeats on my medication. I mean why can’t the doctors of today be like the ones of my past and just give me more after the pharmacy faxes them? See then I did not HAVE TO go into see the doctor every 6 months if I need them or not.

Anyway, he took me off one of the 2 things I was taking for acid reflux. At one time I got it every badly literally every night of my life. At first I was getting only the one med and then one other was added in. So now I’m back down to 1 med. I hope this works and I can end up taking 1 less pill. I mean I take a LOT of them already.

While I was there I told him that my hands and feet where tingling often for no real reason. So in the ever hurried rush to fix people that is the Saskatchewan health care system, I was told “I’ll give you blood work and you can do it in 5 months before you come back to see me for more refills”.

So here is to hoping it’s nothing serious and I will end up with limited to no use of my hands and feet in the process of waiting.

Oh and for some reason I’m standing there at the desk waiting for my blood work paper to be printed and BEFORE I’m asked why I’m standing there (remember I was there first) this woman comes out and the receptionist talks to her first. Sigh.

Any how, after that was all sorted I was off to have a burger and a few hundred cups of coffee. Total time in the loud kid’s zone was 20 minutes. This is actually GREAT, as every other doctor I ever had kept me waiting 2 or 3 hours. Literally all of them. Hell, sometimes I would end up there for 4 hours at the one doctor’s office. Sigh. So this guys is great for milling us threw.