Of Coffee And Over Spending On The Bills AKA OPS 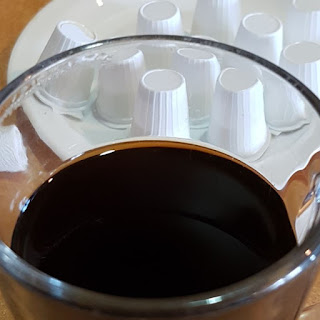 Well we went to Humpty's for coffee on Saturday. Not wanting to spend a lot of money on eating out as I'm short this month, I just had coffee. Nothing like watching others eat when you don't have the money to do so LOL. Oh well.

So it was our typical all over the map kind of talk. Flowing from one topic to the next and as always it was enjoyable.

We don't normally go there, in fact almost always we end up going to Smitty's in the mall. But for some reason we did not go there that day. I did not ask why, just assumed they wanted a change of pace.

Anyway, There was us and this family sitting at the another table in our section - the other section had more people in it, but ours just 2 tables full. There was a woman there being kind of rude. She was talking loud and angrily about work.

It's interesting because the last 3 times I been there, I sat in the exact same spot and there was someone angry about their work in the same booth this woman was in. So I kind of took note of it. I was busy with the people I was with, so I can't tell you what she was on about. All I know is she kept saying "that asshole I work for".

But it was enjoyable. We tend to end up out for coffee on Saturday kind of often. Now I have $63 left to be able to use this month and I still need cabbage rolls and pickles for Christmas Dinner as well as some toilet paper. I got not one clue what I am going to end up spending on that and the airmiles I'm waiting for don't seem to want to show up in my account - sigh.

Anyway, all I have to say is - I don't have money to eat out at all for the rest of the month and I'm hoping to have at least $20 left over for coffee trips. I was thinking of getting a bottle of whiskey for Christmas day, but I decided against it - good thing there, as I don't have the money to get any now.

Seems when I paid my bills I paid the amount for my cable on my phone. I did not even notice until too late and thus I ended up spending $51 extra on bills. Well I will be $51 up next month, so it's all good in the long run - but as for this month not much fun to be had.

Oh well life goes on though and I will have enough as I do have at least $10 in airmiles I can use. Cabbage rolls and pickles should not be more than $30 total, so ya know and TP is normally only about $10 at tops when it's not on sale... So...