Drinking Coffee and the Jaroslaw Church. 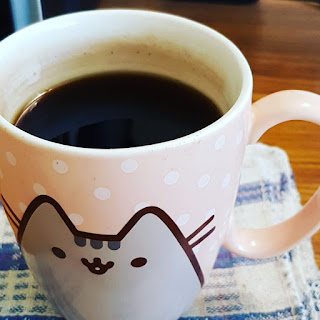 It's a dull day and a good day for a cup of coffee or 12 while I sit at the computer and type away. Other than a bunch of typing I also have some sorting to do.

A younger and more experienced person has taken over my layout work for the 2 places I used to do that for, so I don't have that to do now. BTW after seeing his work I recommended he take over.

It's threatening to rain, so I won't be off taking photos today. I don't know what it is, but I feel like taking photos more in the fall and winter than I do in spring and summer. I always have. I have been doing that for years.

Bellow is an example of going out of my way to take photos in the winter. This is from the late 1980's when I took photos of a now fallen down church near Yourkton Saskatchewan. I took it on a then $10 35mm Camera. For some reason we never went to the School house. I should have, but never did. I heard talk about them restoring the church but never found out if they did, last time we saw it - it was propped up with poles. 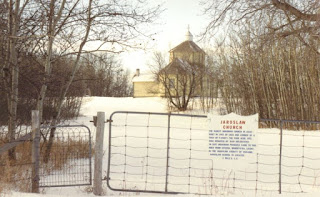 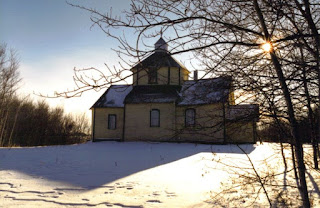 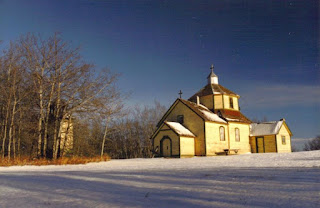 To the right you see the bell tower - it's separate from the church.

The oldest Ukrainian Church in Saskatchewan. Built in 1903 of logs and lumber at a cost of $2500. The four acre site was donated by Ivan Holovernko. In 1897 Ukrainian Pioneers came to this aria from Vitlyna, Makovys’ka, Liasky, in the Jaroslaw County of Ukraine. Jaroslaw School is located 3 Miles S.E.