Why I Only Watch Classic Vloggers 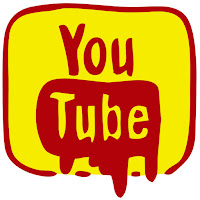 Another thing you got to love is these people who show "subscribe" lease a couple of comments then unsubscribe a day or 2 later. Just for the shit and giggles many a time, I have subbed them a week down the road then unsubbed the next day. Sure enough they show up subbed again then 2 days later off the list they go LOL.

There is also a reason I don't click anything with the word "prank" on it, 98% of them are fake as hell and you can tell right away and the other 2% seem to be evil bastards who don't deserve a click because of the terrible things they do to people.

I won't even get stated on the very popular fail videos. I used to watch them then I started to ask myself, "what do you think is funny about people getting hurt"? That stopped that nonsense in it's tracks. Not to mention 50% of them have the worst music known to human kind on them.

Honest to God there are almost no channels over the 2K mark that I subscribe to for a reason. I don't find the content to be what I'm interested in or they feel fake to me. Anyone who scripts what they are going to say in a vlog and you can tell by the 78 jump cuts in the 3 minute vlog - don't appeal to me at all.

The well above normal energy level also gets to me in a short amount of time. I literally find it draining to watch this kind of person. Not to mention I'm kind of sure in real life they don't have 10% of that much energy.

Anyone who sets the camera to show their boobs is an immediate click off to me as well. I'm just not interested in that and even if you have good content, you are pushing me away from it by selling your body for views.

There as well are not many family vloggers I watch as the vast majority of them seem to be exploitation to me.

So what the hell is there left to watch you are thinking by now? Well that would be music videos and talking head vlogs. I enjoy the hell out of a video that documents a person or family's day. Talking on a topic is also good for me as long as it's not dramatic and overblown.

Oh yes and angry yelling people literally give me anxiety and I can't stand to watch it. I know if you know me you might know I put myself threw watching that kind of stuff for one persons videos. Well I was trying to be supportive of someone I thought needed it. Well that did not work out so well - won't go into it though... Let's just say I'm well and truly cone with them.