The Bad Old Days In The Friendly City 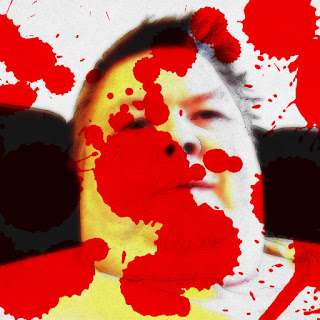 So back in the day, when I was a kid, the city council had a lot of influence in this city. They mandated how the cops did they job and to whom they did they job. There was cases like a certain judge that would be found driving so drunk he was bouncing off the curbs on both sides of the street and they would take him home and nothing would be said. They would even send a man out to drive his car home for him so the people next door did not notice. the fact that he would literally always give the maximum fine or jail time to people who drove drunk or where found with drugs did not seem to be hypocritical to the powers that be at the time. My Dad for several years worked as a drug cop and I knew how much drugs where on the streets in this friendly city. Yet on the order of council, the news papers never once mentioned that there was a drug problem here and the only time it got in the paper was then they caught a shipment that was heading threw town to some other place. Moose Jaw is still rather a hub for this activity I am told. It comes here and then is sent out to other places. But that is not what I am talking about, that is just back story.

the council had the power at the time to make literally every parent in the city listen to them in regards to Halloween. If it was on a week day (school day) then it would be moved to the weekend. There was this one time they actually cancelled it. Oh wait, this happened several times and all for the same stupid reasons. Any way, this time it was a rumour that there was going to be a child kidnapped by the "devil cult" in town.

Well I knew the leader of this so called devil cult and that it was no more than some kind of drug induced fantasy. It was not even following the lead of actual devil cults. They had this entire history of people being created by the devil and hunting the God based humans with space ships and laser guns. Sigh...

Any way, they took it so serious that extra man power was put on the police presence in town (lots of tax payers funding overtime) and hourly radio messages for several days in a row, not to mention a front page article on the issue of how this was such a serious threat.

Months later it turns out that the stupid ass teen girl that started the rumour was just out to see what would happen if it got spread around. There was actually for several days before and after Halloween cops all over the place looking for satanic worshippers with rope and knives and stuff. Sigh. Not to mention dozzens of CB radio owners driving around reporting every last teen they saw out after dark to the cops on Channel 9. BTW there is still a sign that says CB Radio Monitored Channel 9 just on the edge of town - they never took it down and no one has monitored that channel in 30 years.

But this was a time and age when a church had so much influence in the community that they could get people elected to public office. So it's no wonder why there was all this morality crap going on at the time. Like for example every last place that sold a playboy was visited by the cops at random many many times a week.

To this day stores that sell adult materials are visited on occasion by cops saying shit like "it's not legal to sell this stuff" or "you are breaking the law". When asked what law that is and where is it in the criminal code, they of course can't tell you. Sigh. But they try.

On that note there was not so long ago when I was living at the Slade a large party at the Stad apartments. There was about 100 or so people drinking and yelling and blasting music and tossing bear bottles at cars. Well I phones the cops, the people on both sides of me called the cops. No cop ever showed up. I called a 3rd time and was told "stop calling". Sigh...

This is the same department that when I showed up (like 20 years ago) to the police station to file an assault complaint against a person, nothing at all was done. See I can't remember the cops name buy oh well. The thing is I told him flat out that I was right in the line of site of a video surveillance camera at the time. My friend told of the happening and so on. Then about 2 months later I was told "there was no evidence so we dropped the case". Well I phoned the chief of police and complained about this. He was shocked to hear about the camera thing as it was not mentioned in the report at all. My hand written report of what happened to me was not in there as well. Turns out the cop was friends with this menace to society. The fact that people he worked with had refused to work with him ever again and that he ended up hitting a 90 something year old man with a truck one day kind of helps my story here.

But things have all so slowly gotten better. The back room deals have slowed down and the cops are almost to a point where they are generally trusted. Although I think it's all the community work they do that caused that. So perhaps before I drop dead this city will be to a point of being normal like other cities.

BTW in the 1920's the cops ran all the crime in town (organised crime that is) like the hookers and the gambling and so on. They (most of them) got arrested by the feds one day for selling stolen goods. So you can see that it has been a slow progression to getting to be a normal city not run by criminals or the morality warriors. Now if we could just get to a point that millions of tax payers bucks would not be spent to keep a freaking hockey team happy, then we could call ourselves a normal city. Speaking of back room deals, the dang arena exists where is does because of that kind of thing. Sigh.

Anyways things will improve, they have too - Surprisingly Unexpected as it may sound.

I had the worse case of the shits in my life about 5 years ago. I went to the can and exploded. Well It was dripping off my ass and the seat of the toilet. When I got up you could see the outline of my man bits was the only clean spot. I had to jump in the shower. Never had anything like that happen again - thank GOD. Then there was a time maybe 15 years back. I went to the men's room at a local supermarket. Well it is frequented by old people mostly at that time - however now it's a more young crowd. Well I opened the door to the normal stall not wanting to use the disabled one. I looks in and the toilet and 3 walls have shit all over them. It's like someone took a 5 gallon pail of crap and tossed it on the walls. If this was not intentional, someone had to have died doing this. At a cafe we used to go to there was a guy who would smear poop on the walls in the men's room. For weeks this went on and the manager had a bounty on his head. Well a friend of mine
Read more

It's Freaking Spam - AKA How To Get Away With Spamming YouTube

Yeah... NO... It's not because it contains a link, it's because it's fucking spam. See they get a small amount of your ad revenue if you use their fucking content. This is why some people set up the content ID system and register literally everything and then say "free to use" - then they get a slice of the pie. Kind of makes me wonder because I have seen a persons OWN reply to a comment on their OWN video go into the spam box - then we get some "I love you, check out the video I did of you" in the comments 76 billion times and it's NOT marked as spam. BTW don't click the freaking link on that thing - it's a virus. Unless you want a few months down the road to have your hard drive encrypted and asked to pay money, don't click shit. Short links are NEVER a good idea. BTW this BOT above is what you call 3rd party spam. They pay someone a few bucks then they launch the bots. This way when the channel gets taken down, they still have thei
Read more

I been using Jigsaws Galore for many years and it was money well spent. You can make your own puzzles and as you see, I really have done that. it's about 40% my own stuff and 40% stuff that was free to download for personal use. The other 20% is the extra downloads that where given out by the creator on his web page over the years and the ones that came with the program to start with. I'll be doing them for years to come I'm sure.
Read more

Grounds smell earthy. Smell is mild smelling and not overly complex. Just like regular discount coffee. Taste is dark, slightly bitter and a hint of dark chocolate and a very slight hint of hazelnut. Slightly burnt after taste and I was careful not to over brew it, so it is not on my end. Rating: 5/10 – but it is rather inexpensive.
Read more