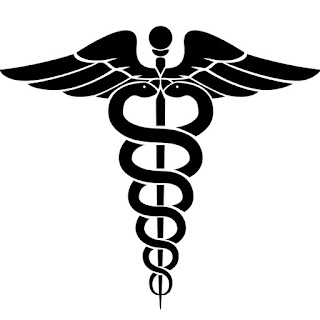 So went to see Dr. B. Ogle at the Cast Clinic here in Moose Jaw the other day. It was in regards to having this massive pain in my left knee. I was referred by the nice Doctor I saw in the ER the night it happened. The pain was terrible and I just had to go. The ER Doctor got me x-rayed and looked me over. He said I had some tendon damage and a small tare in the cartilage that was being snagged now and then when I moved the wrong way. We are talking enough pain to make me cry out loud in pain and almost hit the floor. This should be enough to make anyone want it to be looked at by a specialist and I was referred to Doctor Ogle.

I had no expectations other than to be looked at by this so called professional. So after finding the cast clinic in the world, I waited and waited then was put in a room and soon seen by the Doctor. Well first thing out of his mouth was "You are very overweight". Well I had the urge to say "Oh my GOD thank you for telling me, in the 25 or 30 years I been this way, no doctor has ever told me".

He then tells me "you need to lose weight". I could not hold back and said "Man I never heard that from any other doctor, thanks for telling me - I will get right on that".

He then examines they knees and manipulates them and pokes at them. Several moans and yelps out of me later he tells me what I already know, "you have several damaged tendons (saying what they where) and some cartilage problems". I held back saying "well I already been told this, but thanks for reminding me".

The entire time he was examining me, he shock his head and had that look of disdain on his face and made several sighs and a few Tisks.

So what can I say? Well if you chose a job that you know you are going to run into people that disgust you and make you want to openly offend the shit out of them, then you are more than likely either and ass-hole and should not have this job - or you are too stupid to have the job in the first place. Being that he got threw medical school, we can assume he is just an ass hat.

Tell me, why would you treat a person in a vulnerable position under your care like this? This is literally the same as if a teacher would contently be telling students they are stupid or ugly. It's just not appropriate to be done in the first place.

The fact that a person with the ability to get threw medical school does not understand how complex an issue obesity is, is amazing to me. It's like a someone being able to get a physics degree without the ability to do math at all.

To say the least, the vast majority of people that are plus sized did not get that way by choice. It's a complicated issue regarding physical and mental processes that are not the same as a so called healthy person. Most people of size have a disability factor before they became the size they are. As well most of them have suffered from depression and thus have used eating to medicate the deep feelings of sadness, self loathing and even suicidal thoughts.

The first thing that the vast majority of plus sized people will do after someone criticises their body image is to pig out on junk food for a few days. That a "trained" medical professional is not aware of this is almost shocking. To then drive it into the patient over and over during the examination is to create more of a need for that plus sized person to self medicate.

It's the same with a person with a drug addiction as soon as you push them in a direction that is damaging to them, they will then self medicate as soon as they can. This is why addictions (eating disorders included) are so hard to get over. The need to change ones thinking processes is what needs to happen first. The majority of people with addictions are NOT capable of doing this as there are underlying issues that have caused this mode of thinking in the first place.

But to expect someone who is not capable of seeing people as humans with problems he can not understand is more than likely folly. The majority of people who would even think of treating someone in the manner he did have deep rooted issues of their own to get past. For example the thought that they are above this person when in reality they are not. We are all people and we all deserve the same respect. When someone treats anyone like he did, they lose my respect and should not be granted respect by anyone. They simply do not deserve it.
Disability doctor fail fat medical