Dreams Of Endless Hours In The Sun 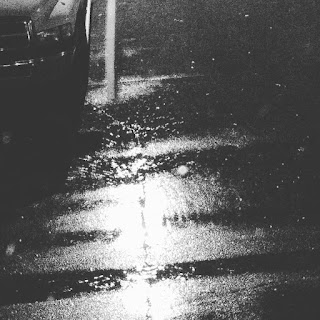 Dark raining days. Dreams of sunlight that drain the energy from my body. Thinking of times of a childhood past. Days when we had family dinner and game night. Times when I played for hours in the sun and friends where always right there and many. Now most are moved away and some are dead. Only a couple from the old days do I still know and talk to. Now it's days and nights filled with endless thinking of the pain in my body and the longing in my heart of better days. Days of sun and fun and days that I thought would never end. Now I think of the days coming to an end for the last time and moving on to what is next. The anticipation of my own mortality.

I used to play with pain and it felt good, now I just want it to end. I used to drink for the good times, now I drink for the taste of a good whiskey. I used to smoke a good cigar on a day of victory, now I sit in-front of the computer and while away the hours on Facebook. I used to run in the night wild and free, now I sleep more than ever before.

The dreams are not lost, some times I lay awake at night and remember them with a smile on my face. The days of family and friends are lost however, gone to the sands of time. Now it's coffee every few days and more than often time alone.

I wonder what it would have been like if I had fallen in love in a lasting manner. I wonder what it would be like to have had a lover beside me threw the years of pain and the endless nights of fear. I am not afraid of death, I am afraid of a long time spent getting there. I fear being like my Mother and not knowing where I am or why things are happening to me. I pray for a quick death instead.

I often think how strange it is to desire the pain to end with a quick death and to have no fear of passing, yet to want to live for as long as I can. The two things on the surface are in opposition but deed down can be expressed in the same light.

All things come to an end but we long for immortality. We want to live forever. We create religions and rules to live by so that we can live again forever in the next life with God. Some think that we just transform and live life endlessly over and over in a different way and in a different and ever changing reality. Others think this is only a dream and that some day we will wake and not even remember all the pain and tears and joy and sunlight. Some think that we cycle threw life time and again in this same world, and some say that we live more than one life at a time.

In the end all I know is that deep down it is a reality to my mind that there is more than this life and more than just here and now and things and money and power and desire. I know it as well as I know I exist now, that I will exist in that other place one day. Sometimes I think I was there before and I will only be returning; but most of the time I think I sprang into existence and will join others I have lost sooner or later.

I do no deny the depth of comfort that comes from thinking there is nothing but here and now. To live for the moment and not for an endless time. I do not say to them they are wrong, but only that I think different. Who is to say, maybe neither of us is right and there is a reality that no one can dream of when we die.

But for now I long for endless hours in the sun playing with friends and dinner with family and game nights.

The Climate Has Changed

On Nov, 2, it normally would be way more cold and we would have snow by now. The last 5 or 6 years no snow until much later on. Climate has definitely changed here. When I was a child in the 1970's and a teen in the 1980's, there would be snow up to my knees at least and Dec and Jan would be in the -40 or -50 range. Now if we hit -30 we call it a cold snap and most of the winter I don't need a heavy jacket at all. As for snow, if we get more than 4 or 5 inches it's a point of interest. As it is right now, It's -4C and I could go out in my light jacket and be comfortable. As for snow, there has been almost no sign of it. It tossed a few flakes at us last week, but it instantly melted. Gone are the days you could not see the houses from the street, because the snow was piled so high. As well, it seems to be a heck of a lot dryer now. The crops are not so good these days because of it. I am just rather glad I never had children. I can't imagine how the world will
Read more

Launch Chrome, up near the top right corner is 3 dots, click them. Click "Settings". Click "Advanced" Click "System" Toggle the 2 switches shown below. You will be prompted to Relaunch, do so. Now the acceleration is turned off and the apps will no longer run in the background when Chrome is not running. Turning off acceleration will help prevent the computer hard locking while you are watching a video in Chrome. This is a rather random happening, but it does happen. As for the apps, they do NOT need to be running in the background, this just makes Chrome boot up faster if you launch it again. With the apps not running, the system has more resourced for your work and will slightly speed up the system. To be honest, for me it's more about the memory the apps take up, than the speed - you will probably not notice any faster run times. But they do take up a lot of memory. When you only have 8GB like me, and run things that are memory intensive, they can b
Read more

The Time I Met Leonard Cohen

In the mid 1980's I was at an art show in Saskatoon Saskatchewan. The big draw of the evening was Leonard Cohen was going to be there. I was a nobody, but my friend at the time was rather known, although he never had his own showing. So I ended up as his plus one. I was into wire bending at the time and for the amount of money I could make off of the stuff I made, it was hardly worth it. My best piece took a year of spare time to complete and was a crucifix made out of rusty barbed wire. It was OK, but I was not great at it. I sold it for $150. But back to the topic at hand. Leonard Cohen the "star of the show" or so he thought, was the most rude and arrogant person I had ever met to that point in time in my life. He treated all the women at the show five times worse than the men as well. It was obvious he had nothing but contempt for women to me. He also tried very hard to look like the most intelligent person who ever lived. An older man who I later learned was an act
Read more