I'M JUST NOT THAT EVIL 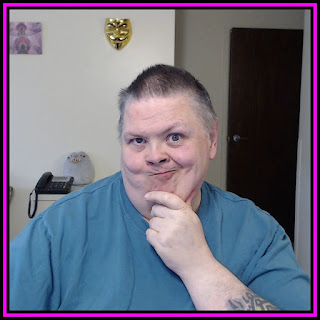 So there is a fellow that screwed me over. I found something they where stupid enough to post publicly that would not only end their job, but more than likely make it so they never worked that job again. In fact it would be hard for them to work anywhere near where they live after this.

I'm temped to send a screen shot to their boss, but I'm just not that big a dick. I also know for sure they would not do the thing the post says they want to do, but it's enough they would be caned over it. They might even have the cops called over it.

The fact is, their boss could find this if I found it. I was not really looking for it either, I googled them to find something else I could not remember and poof there it was. Yes it was on their Facebook and I thought "I wonder if they are public" and they where.

Good God, I know this person is not the sharpest tool in the shed and I also know it's 100% talk and no chance of action but DANG what do you have to be thinking to make a threat of violence against someone you work with?

But I'm just not going to go there. I'll let it pass and just move on. There is a good chance his boss would just have bitched him out knowing where he works. But ya know, there is the possibility of action being taken when people mouth off like that.

Oh well back to randomly googling stuff. BTW did not find what I was looking for and I'll never remember it - but oh well.