SCREAMING ACCEPT ME WHILE NOT ACCEPTING OTHERS 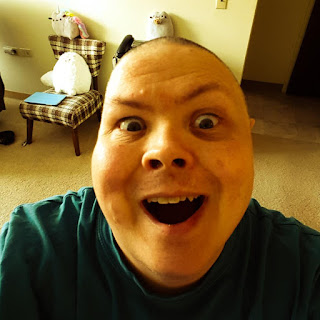 I helped to start a group in town that will remain nameless for the sake of tact. But when it formed it was to try and build community relationships with LGBTQ+ people and the straight community.

Well in the end, we ended up doing a fundraiser now and then to support Gay Youth and what not, but the original goal was lost.

See there was a coffee group that came out of it. This would meet up once a week and talk and have a social time of it. Then it happened, people came to the group that where a little non accepting of straight people. This is when it all changed.

A very close a good friend used to go to the meetings every week without fail and was highly supportive of the group and it's members. See the problem was, he was straight. A few people took it upon themselves to force him out of the coffee club.

You have to remember that for it's entire time this group kept saying "everyone welcome". Then all the sudden not everyone was welcome. This is when I cut ties with the group I helped to form in the first place. I wanted no part of that kind of thinking.

It made me wonder why people who want to be accepted by the world, would do out of their way to push away others. I could not understand this. BTW it was not the end of it.

Soon it came to my attention that people who did not fall in the Gay or Lesbian section where excluded as well. I'm talking about people who associate as Bisexual and Pansexual. So the group is now no more than a microcosm of people who are like minded and don't care for the rest of the world it seems.

It's interesting as hell to me that when it's time to raise money, the straight community is more than welcome to attend the functions. Being that the "everyone welcome" coffee clutch is not even close to exclusionary, I have to wonder why it's not a "problem" when straight people have money.

So in the end, I go out with my small group of friends who literally don't care about your sexuality, gender, race or religion at all. We are a mix of many types and creeds. But we don't have a fancy name to go by, we are just people getting together for some conversation over a cup of coffee.

To close I have to say, It's hard to be accepted when you don't accept a large amount of people. You will always look at yourself as being on the outside of society and never dare to step into the realm of the common folk, if you don't accept them as being the same as you.

We have come so far and yet, there is a way to go yet. We are all people and I don't care who or what you are, as long as you don no harm to others. I wish this group would adopt that way of thinking.

Have a good day and peace be with you. P.S. the picture has literally nothing to do with this article, I just wanted to use it.