NABOB BOLD AND TRADITION SIDE BY SIDE REVIEW 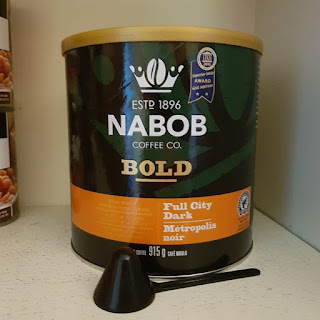 This is my coffee of choice though at times it's $18 for a can of it. But it does last a month. Most of the time I end up getting it for about $10 though.

I like the dark roast a lot better than the Tradition. Thing is there is a slight bit less of it in the can for whatever reason.

It is quite a dark coffee but not the darkest I've had. But for the price of it it's great. It's slightly flat by the end of the month, but still quite good and very enjoyable. 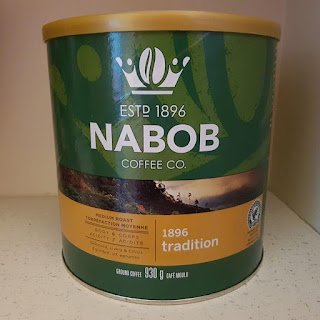 This is a bit more kick than the Dark Roast, but it's also a lot less taste than it is. The Breakfast blend has the most kick but this is OK. If you have a problem with acid reflux this is more than likely a better option although it's not a strong taste.

It seems to get flat faster in the can as well. By the end of the month it did not hold up as well as the Dark Roast did. But it was again, OK.

The taste however is a problem as there is almost no taste to this one. It's very dull.