I'M LUCK AS HECK TO BE WHERE I AM 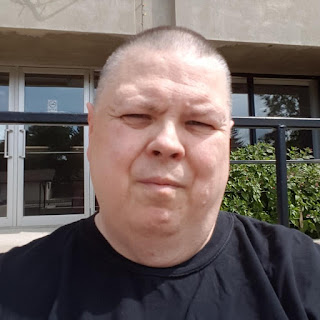 When I realized that due to government cut backs on disability I would have to move into subsidized housing, I though "oh hell this will suck". I had no idea that I would end up in the best place I have lived other than at home with my folks.

I have been in many places over the years and all of them had one thing in common, they where loud and full of people I would rather not be around. This place is very quiet. Yes there are a couple of people that rub me the wrong way, but I don't think the cops will be showing up for them.

In other placed there was always somebody who had the cops at their door over and over again. There was also people making a hell of a lot of noise in the middle of the night keeping me awake and so on. Here it's dead quiet after 9 pm. Sure there is the sound of cars racing down the block, but they are in the background and can easily be ignored.

I'm also luck to have a nice place out front to sit and be in the sun for a while. There are flowers and grass to look at and tables to sit at or benches to sit on. Hell they even have a BBQ now and then.

There is also things to do with others if you desire that kind of thing. There is always a card game in the common room or shuffleboard or pool to be played. There is even video games in the basement now and then.

It just goes to show you that sometimes we fear a change for no reason. Sure, I am still needing to get on with a bit less money - but I'm in a great place full of nice people. I'm also close to a park that is one of the nicest in my province. So it seems to have worked out well.

Hell if you are Christian, there are 3 churches in a block from here. If you want to walk 2 blocks, there are 2 more of them. Hell one of them even invites the LGBTQ+ community to attend and several of them do.

There is also a food Co-op of sorts called the good food box. I don't do it even though it's a good idea, because I don't get to pick what veggies and fruit I get. I can't eat everything, so I would sometimes end up with things I can't use.

So as you see, there is something here for everyone. Hell there is even WiFi in the common room.