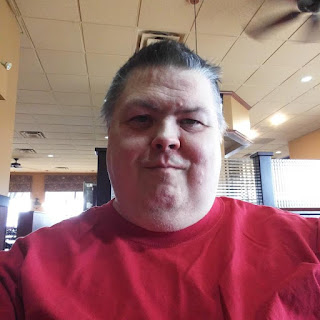 OK this was the day I went to the doctor to get my eyes looked it. They hurt kind of a lot and I have no clue what he told me it was. My memory can be toast at times.

Anyway he gave me some ointment to out in my eyes. This is actually harder than it sounds. You see I have a fear of getting anything close to my eyes. This makes it almost impossible for me to do this.

I have to hold the lower lid open with my finger then put some of the burning hell ointment in. This soon spreads to the entire eye and then my brain is telling be "DON'T put that shit in your other eye". But being that I need to get it in there, in it goes. By this time I have wasted some of the ointment of course.

But five days later I only have one more treatment to go. Thank god there is more in the tube than I need. They must know that 1/4 of it will end up on your face and not in your eye.

BTW it burns like getting lemon juice in your eyes for about 10 minutes then the feeling goes away. You are then left with a haze over the world from this stuff for the next two hours. God there should be a warning NOT to drive when you are using this.

On a different note, the nice fellow that gave me the ride to the doctors office then took me for coffee after. I spent my last $3 on coffee and we enjoyed ourselves a lot. There is always good conversation when we get together. That being him, myself and his two girlfriends. Yes I said two.

It is strange to some people but I know several people in a situation like that. One is a woman with three boyfriends all living in the same home. I literally don't care and it's only noteworthy to me as I know some people find it strange.

Personally I am 100% OK with people having open relationships or poly-amorous relationships. The fact that if I was in a relationship I would expect them to be with me and no one else is not at all the point. I am not the one who gets to decide how people find happiness and love in their lives.

You might not know but, poly-amorous relationships are on the rise in Canada and the USA. I am also in favor of making it legal to marry more than one person. Again, for me this is NOT an option. But I think if people are happy with the situation, why the hell not.

Also worth noting that most of the time when more than two people shack up like that, one or more of them ends up being alienated and leaves the relationship. So ya know... But it seems to work fine for several people that I know.