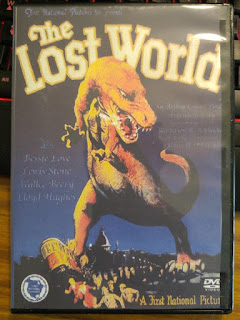 The lost world from 1925 is a silent film featuring stop motion animation from one of the inventors of the craft. Screen play by Marion Fairfax based on a book by Sr. Arthur Conan Doyle. Directed by Harry O. Hoyt. Staring Wallace Beery, Bessie Love and Lloyd Hughes to name a few. 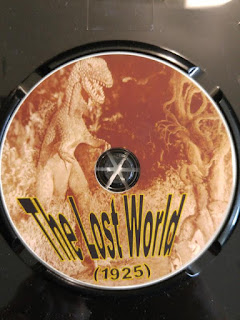 Well I loved this movie but after a short time I hit the mute button as that sound track drove me nuts. It's just the same annoying music over and over again. But the acting is not all that typical of a silent film where over dramatizing moment is often the case.

Basically a diary of a fellow scientist is disused with other scientists who find it to be absurd and outlandish. A rescue mission is set into place and the lost world is found. Adventure and discovery are the forefront of that mission. For the times it must have been rather outrageous for a woman to have done along on the journey, but this added to the story and the fun.

BTW Willis O'Brien is the man who did the stop motion animation for this movie and King Kong of the same era. His style of animation set the standard for years to come.