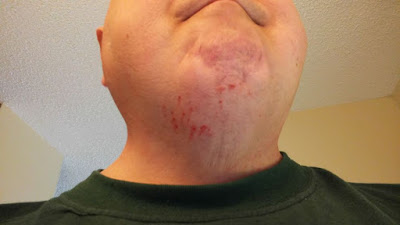 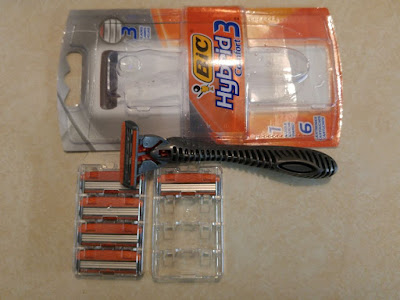 There is a reason this handle and 6 blades is only $6. The reason is, it sucks so bad no one will pay more. I honestly think people only buy these things because of the price, it's sure not for performance.

I have a Gillette Fusion Proglide but 4 blades are like $20 at wally world. I am told this bic crap lasts about 3 shaves only by another fellow as well. Well, after it cut me this bad I'm tossing it out so I won't know. The Proglide lasts me a month and a half on one blade. So it's less than $4 a month if you look at it.

Now I am not an average man for face hair. I have a very slow growth rate and my beard is thing as hell and only under the chin. This makes for long lasting blades for me.

So what I am going to do is toss this crap in the garbage and get me a nice new Fusion Proglide with the ball on it. Then in a month and a half when next month I will get a 4 pack of blades for it, as the 2 that come with it will last me longer than that time frame. No more cheap crap for me.