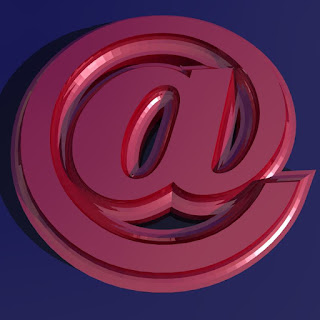 I tell you, every forth or fifth time I open out look it chokes on my ISP's email for some reason. I use Shaw and well it worked fine until this last month or so then it just stated to toss out errors now and then.

This is not by far a new thing for outlook to not like an email server for some stupid reason. The last time it was Gmail. You know the least likely to be the fault of the server and all. It seems every few times it updates there is some kind of issue with something or other.

I remember the time it stopped liking old emails saved from an older version of Outlook. Sigh. It just would not open them so I had to go find a little app that converted them to the new format. I mean seriously if you're not going to be compatible with a not that old version of yourself, what the hell will you work with.

Now to bitch about something else. I wanted to put my Yahoo email on Outlook. Yeah, I know who the hell still uses that - but it give me notifications from Flicker and a few other things I want to keep track of.

Here is the issue - there was NOTHING I could find in the help forums that would tell me how to get it to work in Outlook. So I tried several tutorials from the web. Well every last one of them had slight differences in the settings and well - they would not work. Finally after three days I found one that actually had the proper settings.

BTW I joke, but Yahoo is still used quite a lot, so why the heck did it not auto set up the email. And yes I tried that first. It did not work at all. Than again it did not work for Shaw as well. I had to go over to Shaw's web page and find out how to do it. Unlike Yahoo, they had up to date info on how to set things up.

Here is a slightly email related one while I am at it. There is this rather large makeup company I had been getting email from for my Mother for years. Well she died and I clicked unsubscribe. Then I did it for the next email and the next and the next. Soon after 10 attempts (that all told me I would no longer get emails) I gave up on unsubscribing and set up a filter to delete them from the system before I even saw them. Sigh.

Also I love how an email I had set up and literally never used for ANYTHING gets spam at least three times a year LOL.