Freedom? What do you see? 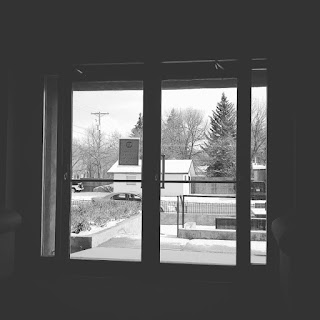 What do you see? When you look at things do you see them or do you see what you expect to see?

The world exists despite our view of it. It goes on blind to the fact that we even exist and it is more than any of us can ever know.

The vast majority of people see a lot as a small child but by the time we get threw school that is gone. The ability to "see" has been replaced with the idea of what we are told.

We call ourselves free and are slaves to an imposed reality controlled by very few people. The ones with the power to change perception and implant thoughts.

This sounds like madness and that I am some conspiracy nut. The reality is, we are trained by complex means to see what we are told to see not what is actually there.

Even the majority of anti-establishment so called free thinkers have learned to see the world in a light they where told do see it in. This ability is all but extinct - the ability to see what is actually there.

There is a limited amount of choice to the average person to chose what path they will follow. Once this is done they will for the most part only see what that path will show them. That is to say what the leaders of that path want them to see.

The level of indoctrination goes all the way to the top. The people manipulating the masses are trained from a young age to be the people who manipulate. Their choice is all but gone as well, they for the most part, will see what they where told to see.

The paths are almost set in stone we have been doing this for so long. The camps are divided and can not see the view of the other side. We are animals in this sense.

So tell me, what do you see? In reality you will see what you have been told to see almost all of the time. That being said most people get a glimpse now and then of things outside their learned reality. This leads to anger for the most part.

Many generations ago we set on the many paths that man has taken. For the most part these paths have splintered into many other paths of almost the same view but with a slight variation. This leads to infighting and the assurance that no group will ever win the big prize and dominate for long.

Even when we unite it is in a divided format. We for great causes set on the same road for a time then when the goal is over it's back to being many camps. It is the nature of humanity you see. This false individuality.

I have tried all my life to see the world as it is and failed. I assume like all others that I am above the set path and thinking for myself but I always get held back by the rules of the path I am on.

Only for short times are there moments when I see more than I have imagined and more than I was told exists. Then it's back to the narrow path I have been on since I was a young man.

Sure I jumped from road to road at times trying to find myself, only to end up always returning to where I was raised to be. Others set on a different path by choice than the ones that raised them. But they are still in a world that is defined by rules and points of view that are never completely their own.

In the end freedom is almost no existent as we are slaves to an imposed reality. No matter how we try, the best we can get is a moment of clarity now and then. But the goal is to keep trying to see what is actually there. And for most people they will only ever see what they have learned is there.

We are the individuals of a collective mind. We are the arms and legs of those who lead us. Very few choose to be free even as they yell that they are free. So tell me what do you see?