I Freaking Love Living Here AKA Why I Been So Dang Happy... 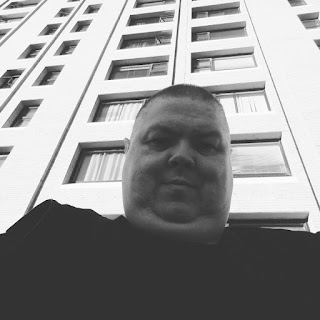 So every single place I lived since I moved out of home has been kind of a not so nice place to live. They been run down and/or filled with people I don't really want to live around.

The last place I had high hopes for but then the new people took over and soon there where drug busts, fights in the halls and so on.

But this place is filled with nice people and for the most part I can't complain about it. I did have to call in twice that I was freaking freezing to death in here though - so there is that. Come to think of it, it's been 36 hours since I asked the maintenance guy to replace a light bulb... Sigh... Now what was I saying?

But it's relatively clean in the halls and the people are nice to be around. I have not met anyone I did not like so far. There are also a lot of things to do if you don't want to hide in your apartment. There are days when people play pool and shuffleboard. There is nickle bingo and once a month there is a dinner downstairs to be had - this month it's roast pork I think. There is the coffee and toast club for those who get up early and so on. Lets not forget crafts.

We also have a bus that comes twice a month and takes up to the co-op one day, Superstore another day and the mall another day. This is great for people who can't get around much like myself. After all most people here don't drive.

Hell there is even video games for those who like that kind of thing once a week.

The place is subsidized housing as well, so I don't have to take my own money away from things like food to be able to pay the rent. This is important now that they cut what they will give you for rent these days on disability. There would be no way I could live at the place I used to be living with what I would be getting after the cuts.

We are also near three different churches and the nicest park in the city. There are laundry facilities that we don't need money to use. That in it's self is a big plus. The elevator has allowed my rather badly hurt knees to heal up as well.

I really love this place. I have been very happy here. More happy than any other place I have lived other than at home with Mom and so on.

Speaking of Mom, she looked at this place a long time ago and in fact she looked at the exact same apartment I am in. She did not want to be here for whatever reason though. Now that I have lived here I know she would have been very happy with the place and it's a shame she did not move in way back then. Not to mention it would have left over more money after she died... Oh wait that did not sound right... Just ignore that part.

The place has a system to check up on us as well. There is this sign we need to put out on the door every morning before 9am or they come knocking to see if we are OK. If no one answers they get someone and he opens the door and checks the place out. In one respect this is a bother and in another it can literally save your life. Well I tend to put my sign out at like 2 or 3 am when I go to bed, so I would be dead by the time they found me, but others would be saved.

There is cleaning services if you need them for $15 an hour - and that is about what you would expect to pay or more. There is a monitoring system that you can get for a small fee that allows you to press a button on a thing around your neck and they send help. There is even WiFi in the common arias of the building. This is a BIG bonus as I tend to want to be with my laundry as it's being done - so I watch YouTube videos while I wait. BTW you can pay them to do the laundry for you as well. But I do my own cleaning and washing - I rather spend the money on Pizza.

That reminds me, I should do the laundry tonight. I tend to start about 9pm because no one else is in there that time of day for the most part. There is a drink machine close by so as I wash I can have a coke. There are public wash rooms so I don't have to go upstairs to do that.

I have to say I love it here. I am happy and I don't want to have to move ever. My hope is to drop dead in here so I don't have to go to some dang care home for the rest of my days. But with luck that will be many years from now. So hats off to the Moose Jaw Housing Authority. BTW Did I mention they inspect the place for bugs and so on 4 times a year? This is GREAT to me. No other place I been would have bothered with that.

Any who - time to gather the washing and think about going to do the laundry. Have a good day eh :)