It Started As A Rant On YouTube Upload Speeds 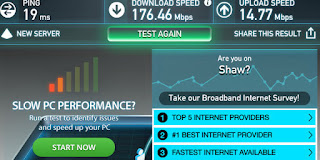 OK my plan is for 150 down and 15 up. Normally when I test it's 175 down and 17 up or about. SO. I am uploading a video to YouTube at the moment of this test. Well that should drop that upload speed right down to at least half. Well then again with the speeds I am getting I should have the upload done in around 15 to 18 minutes.

When I do upload at night I tend to get WAY better results with YouTube. But that is to be expected. The majority of daily users are in North America and they tend to spend a lot of time on it every day. At least half an hour at a time. So you can expect it to go slow in the daytime.

What I don't expect is to have a lot of videos NOT playing and a lot of times where the comment section either does not load or won't let me post. I like to comment on almost every Vlog I watch and at least once a day I am not allowed to do so. Even if I refresh the page no commenting for me... The not playing the video tends to last all day for the same videos so I have to put them in the watch later list and come back in the middle of the night (not like I sleep) or the next day to watch them.

I miss the old days when YouTube was more of a social platform than an entertainment platform. I also miss the days when people only called Vlogs Vlogs. Now you have a sea of people who call them selves vloggers when in reality they are entertainers. Prank videos, a recording of you playing a game or just staged crap you try to pass of as real captures is NOT vlogging, it's entertainment. It's also why I don't like TV - it's filled with fake ass crap like that.

I watch a lot of YouTube for a reason. The people I am subscribed to are generally just trying to share their lives with others and say something of value now and then. Sure most of the time it's just someone talking about what the cat did or the kids. But it's real and that is what I want. Fake drama crap and dysfunctional families being exploited by media giants are NOT what I want.

Now YouTube has moved into the realm of the big boys with YouTube Red. In my mind it's a total waste of money. The only thing I would actually pay to watch it for is the extra content that is ONLY on Red. Being that the big time content providers that are part of Red are people that you could not pay me to watch, this would be a total waste of money.

Then there is the "no advertising" thing. LOL I have adblock plus and I have not seen an ad on YT in years. The big LOL is that YT tried to kill adblockers with a bit of code and after they started to test it, a patch to adblock plus was added less than an hour later making it work again. So much for that. There are sights that have a big popover that tells you you have to turn it off to view the site. I literally never go back to them.

The thing is advertising is wasted on me. I have not once payed for an item because I say it on an ad or went for a brand because they got my interest in an advert. When I want something I tend to look up reviews of it on credible sites and ask friends about what to get then I get something based on that. So adverts are just an annoyance to me, they don't do anything to sway me.

I also remember groups on YouTube where you could set up a group and have people post videos to the group and only members would see them. Your own private social network kind of thing. That is gone with the "improvements".

Yup they got the world hocked on it with the tune of "express yourself" then after we got used to it, the marketing started up and they never looked back. This is the reality of the net though. Most sites start out open and free and no adverts until people start to love using it, then they are hit with ads and paid content or features. 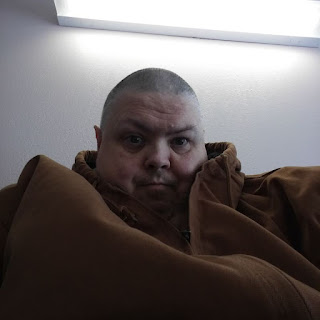 Oh well, this kind of ended up in a general flow of thought and not just about the dang upload speeds on YouTube in the daytime LOL. But oh well... Have a good one all and keep smiling.