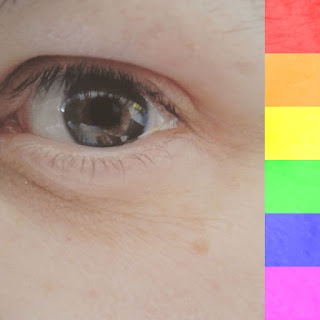 I just love the level of denial of the existence of anything out of the scope of church teachings some Christians have. Then again they come from a background where they where raised being told that being gay or lesbian is a choice and a sin. They where also told later in life (when it became a pubic issue) that other than the normal sexuality, it's a choice and that most Trans people just want attention. Well I am sure that a small amount of people out there do want negative attention, but for the most part people would rather not be hated and in danger of violence over the fact they are Trans. The only thing that makes them go public with it, is the desire for society to just get over the old idea that everything out of the average is some kind of choice and some kind of sin.

When I was a child I first realized that there where people who did not fit the mold as for sexuality and gender. I also did not understand why this was wrong no matter how many times I was told "it just is" by unthinking people. I also saw the way that things where changing for minorities of other kinds and I thought that when I was 50 or 60 that this would no longer be an issue and people would just see reality.

The worst part is, the vast majority of these confused people think it's NOT a choice to be straight and of a binary gender. They think "yes I was born this way" and still can't see the reality of diversity.

Homosexuality and gender diversion has been witnessed in wild animals and domestic animals all over the world. Still there is the cry from the unenlightened that it is "Not Natural". The evidence piles up and is irrefutable. Still these people deny the reality that is in front of them.

I am starting to think that the "average person" literally is not capable of understanding what they experience on a day to day basis. After all what other explanation is there? It can't just be religious programming because there are large amounts of non theists that say the same dang things.

We have seen the denial of reality in spades in the last US election. The reality sits in the middle ground and both sides are saying things that are not grounded in reality and insist they are fact. It seems that if enough other people say something is true that it validates the idea that someone has. Facts and logic have nothing to do with it at all.

It is no wonder to me why we are sill fighting over differences and going to war over stupid things. The combination of this and greed will doom us all in the end. The simple reality that we can't keep popping out a mass of children into the world should have set in in the 1960's but it seems to never have set in at all.

In concussion I am both bewildered by the lack of human understanding and dismayed that we insist on changing as little as we can. Peace and keep smiling.