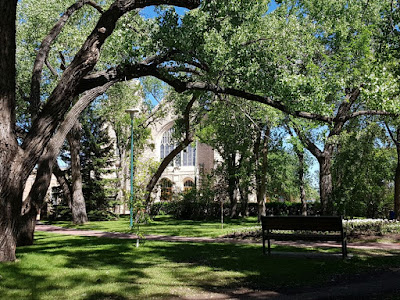 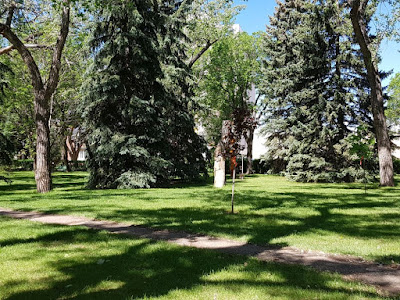 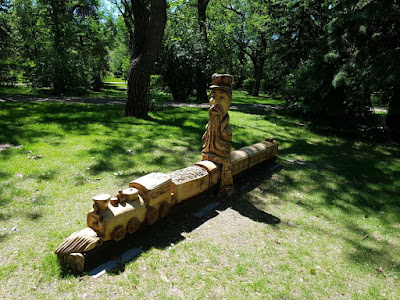 Tribute to the railway in town. We have a large train yard. 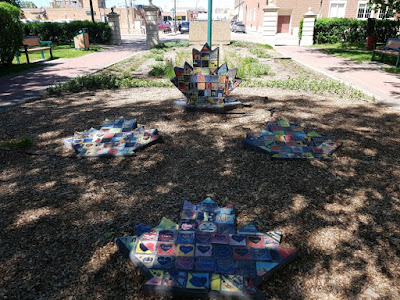 Tiles used in display (from community groups) near the main entry way to the park. 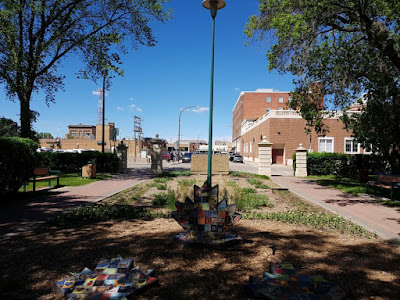 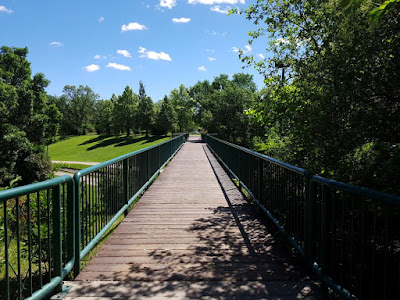 The bridge over the serpentine. I'm actually terrified of heights so it's an accomplishment to cross this. 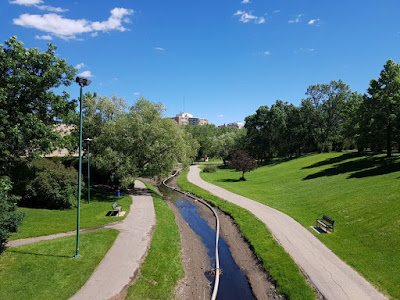 Serpentine is dry for repairs but normally there is water and fountains shooting up from it (that is what the pipe is for). 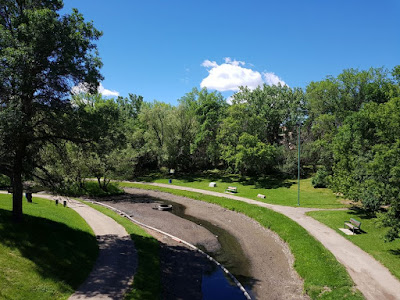 Be amazed that I got near the rail to take this photo. 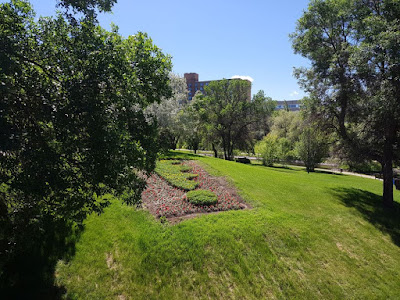 This is the City of Moose Jaw logo in flowers. The changed it a while ago and I think this one is a lot more simple and easy to recognize than the old one. It's a moose antler exclamation mark. 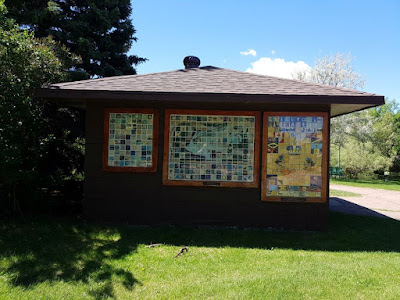 Bunch more of them tiles. In another part there is a turtle with a bunch of similar things stuck to it's shell. 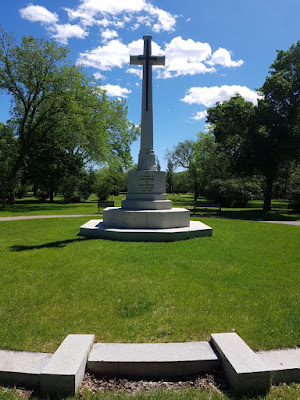 The Cenotaph (war memorial) in the relative center of the park. It's close to the playground and the outdoor pool. 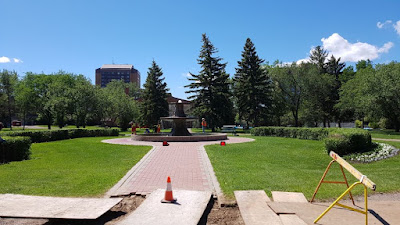 Water fountain just past the Cenotaph. I don't normally take photos of people but there where a bunch of them working around it and I could not avoid them. There are literally less than 10 of my "non friends" photos that have people I don't know in them. 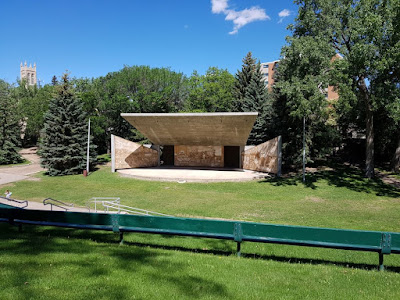 The band shell. There are concerts in the part in the summer now and then. The bleacher seats go down the hill there are 3 rows of them. Where I took the photo is a row of memorial benches. 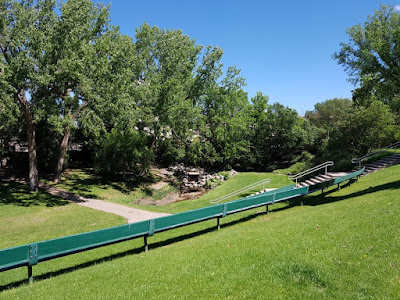 Normally there is water tumbling down the rocks but they have it shut off for repairs. 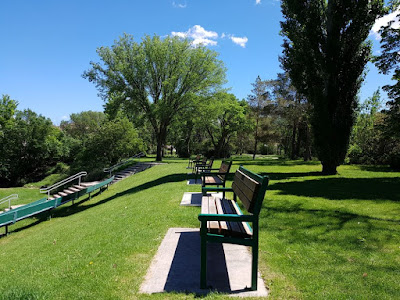 Memorial benches. All of them are dedicated to people who passed away. I have no idea how much money it is to have it done, but you could get hold of the Parks and Recreation board in Moose Jaw if you wanted to know. 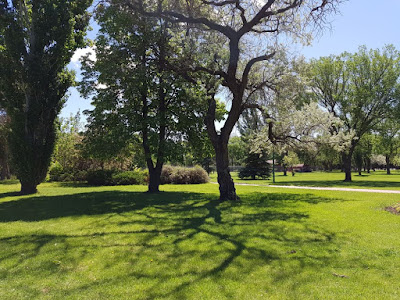 Random trees by the band shell. 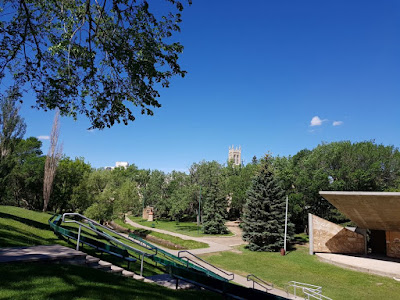 By the band shell. 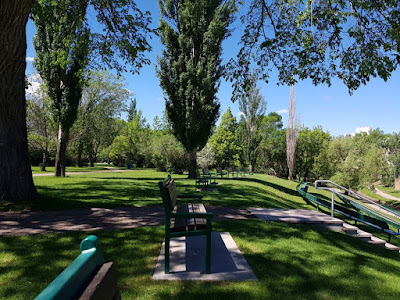 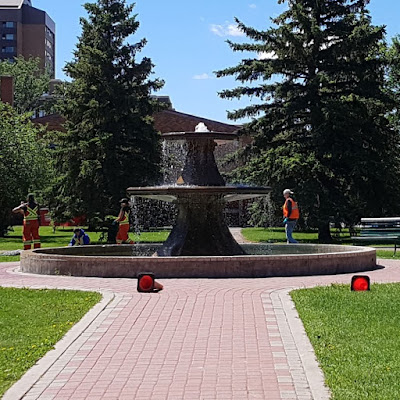 Cropped shot of the fountain.