CRUEL TO BE KIND - IT TOOK ME YEARS TO GET IT 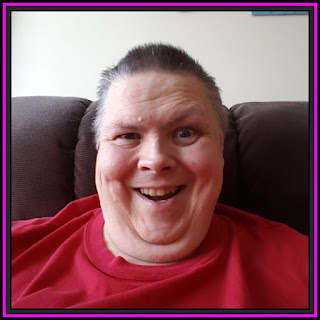 Sometimes we have to age a bit before we know why things happen. See when I was a young boy I had this cat named Boots. I freaking loved that cat. Boots was my world.

One day I came home and there was no cat. Mom told me the cat had run away. Long story short, we ended up at the animal shelter and I saw Boots and Boots saw me. Well Dad insisted this was not my cat and I knew he was lying.

My view of my parents then changed. I knew they got rid of my beloved cat and I had no idea why. It was a few years later when they finally admitted it to me. The damage was done though, I never looked at them the same again. Before they where almost God like and now they where just people. A layer of trust was gone and never came back.

See the got rid of Boots because I was rather badly allergic to him. If they would have told me this to start with I would not have understood it. I would still have insisted that Boot come home. I simply was too young to get it.

When they told me the real story, I still was filled with doubt at their motives and did not fully understand. See I knew that I could have received shots to stop being allergic to kitty. I did not understand that this was far out of the price range of my parents though.

Cut to many years later and me sitting there watching the sun set in my car and thinking about kitty. I then realized it simply could not have been done. The price of the shots at that time was hundreds of dollars each and I would have needed a bunch of them. In the 1970's that was a great deal of money.

I realized that they did it for my own good and where willing to shatter the illusion I had of them as more than human to protect me. I got it then, but later I revisited this thought.

See many years later now I'm in the 40's and Mom is old and we are talking. I found out that Dad gave money out of every check to charity. For an instant I thought "but they could have afforded the shots if they did not do this".

The thought was short lived as I realized how selfish it would have been to ask people who needed the money badly to go without so I could have a pet cat.

What am I getting at? Sometimes you have to hurt the ones you love a little for their own good. They may not understand it now but they have the ability to later. Some will never get over it. A person I know never got over any of these things in the end, but most of us do.

BTW if you did not get it by now, the 2nd thing this done learned me was, "I'm not the only important person on earth".