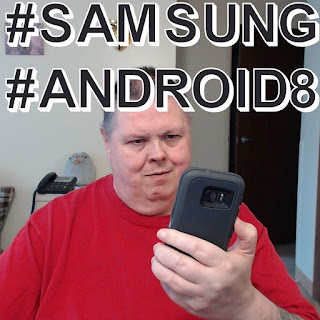 So I already got pissy about the Samsung update on my S7 to Android 8 and the things it did. Well this is a solve for something people are looking for. The notification tone for plugging in the charger is missing.

Well here is the thing, before it was NOT part of the system sounds volume setting for some reason and if you hated the annoying sounds forever coming on when you did anything at all, you set that to 0. Well the notification for charging still sounded after that before hand.

Now it falls under the system sounds and you have only the choice of hearing every single system sound or not having the tone play when you plug in your charger. I have not one clue why it was not under system sounds before and who now it is, but there it is.

What I and a great deal of other people would like is (1) to be able to set the system sounds to custom sounds and not just the ones that Samsung picked for us and (2) be able to turn on and off individual system sounds from a list of all of them.

Come on, having Captain Power say "power on" when you plug it in would be EPIC. Oh wait only nerds in my generation even know what the hell I'm talking about - but you get the point. P.S. I had the gun to play the game at the end of the TV show. I can't believe the same guy who wrote for B5 did a lot of the scripts for this show BTW.

Oh is you have a Samsung with Android 8 and this is not why it's acting up for you, let me know - I would like to see how many have the system volume up and it's still not playing.