I'LL BE NO BETTER OFF IN MY OLD AGE 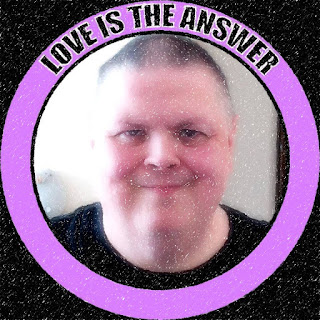 So in about 8.5 years from this point in time I will no longer be on disability with the province of Saskatchewan. On a quick look, one would think this is an improvement in what I will have for myself.

The reality is it will be about $400 more income. BUT when you factor in that my rent then goes up a bunch, I no longer have ambulance coverage and need insurance to cover that, my pills are no longer covered and I have to pay for them and so on, I end up in the same boat of a slight amount less spendable income.

This means the for everything else money is no different or a little less. So this is not a good thing at all. In fact it cases me to end up having to manage more things on my own.

Part of the income is taxable and so on so I have to end up paying out every month for that. This all ads up to little to no advantage to me personally at all. It also leave me with a lack of ability to save for future needs just like right now.

It also leaves me with the lack of ability to get an advance of I all the sudden need something (even though it's a small amount).

All this ads up to me being worse off in the long run than I am now. There is no advantage to it. And here all this time I thought the old folk in here had it a bit better than I do. HA not even close.

All I'm glad about at this point is that my friends who are also on disability (several of them) will have a bit more income as they have worked more than I have and will get more pension that I will. But it will literally be a matter of $100 at best. Still it's something for them.

There has been talk in the past of setting an income level that is a lot better than it is now for those who have not and can't work. This has been talked about many times in the past by the feds and never been more than talk.

I get it though, the burden to the tax payer goes up as more people will think "why work when I can get that much money". At the income level I'm on now and will be on later, you have to be one lazy ass bastard to not want to work and be making this little.

What shocks me is there are a good number of people who are willing to live on like 70% of what I'm living on just so they don't have to work. This amazes me. I mean they would not be able to have internet and cable at all. They would not have any ability to do anything but just survive - there would be no fun in life. All that just to not work amazes me.

I have to say though, if I had literally $200 more a month I could save for things in the future and not have be beg friends to help me or rely on charitable organizations.

Being that the internet for me is a lifeline I have to say it's a need. It is where I can communicate with friends and so on. It's also a creative outlet in a world where creativity is expensive in other manners.

In any event, I've done the math. Don't think grandma is getting it better - she might get more, but she is also paying for more. This is what I learned from looking it all up. Peace.
Canada government SAID