TALKING ABOUT FOOD FROM NOW AND THE PAST 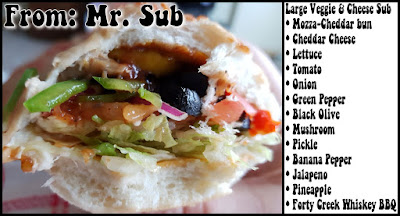 Yes this is a lot of bread in a week that I have been off the rails eating wise. But I figured on having something yummy. I should have put the money aside with the other bit I've saved up, BUT.

On the other food front, I'm expecting to be up 5 or so this week. If I'm not I'll be shocked. I had 3 backs (large) of chips the other day and a pizza (14 inch thing crust) on Sunday. I also had a 2L bottle of Coke. That last one was a mistake as it made me flair (Fibro).

Today I'm cooking  3 days worth of bean mix. 2 days of beans and tomatoes are in the slow cooker for 3 more hours. I'll then cook up the veggies for it and mix them in my mixing bowl then portion them out into 6 large containers.

Later I will toss in 1 more days worth of beans and tomatoes and the veggies into the slow cooker and let it go for 3 hours. See when I do 2 days worth there is too much bulk for my small cooker to get the veggies in as well as there are 4 cups of them and the cooker is 90% full at this point.

My back is killing me so I am not doing it on the stove as I can't stand there for 45 minutes cooking a batch of bean mix. This would have to be repeated 2 more times after as well. Or 2 in the slow cooker and 1 on the stove.

The veggies get done on the stove and well, they don't need attending I can sit and wait 5 minutes for them to boil. Don't like to over cook them like Mom always did. Seriously, the color and taste and nutrition would be cooked out of them by the time she was done. They would actually be almost to the point of mush.

I started cooking for her (God rest her soul) after I moved into the same building as her to take care of her. Then she suddenly realized that food could have flavor and not be burned and still be safe to eat.

There is something about her generation that half of them thought you had to cook the hell out of everything for it to be safe. The fact that going out to eat and the meat was not cooked dry and did not have a crust on it from being burned - never keyed in as to how to cook it. She continued to very over cook food most of her life.

Another thing Mom never did was use spice. Black pepper was the only thing (that and way too much salt) she used. It was not even cracked pepper it was that powdered stuff in the bag. When I started to cook for her she realized that spice was a GOOD THING.

I miss cooking for people. I can't really afford to entertain and I have no place for people to sit and eat in the first place. So I don't cook for anyone but me. I do however bring along a container of Gunpowder Curry now and then for a friend who likes hot and spicy.

I have not made that in ages though, and get the generic and mild curry (brown) in the bag. I also toss in Italian herbs from the bag as well. Some times hot sauce goes on after and sometimes chili powder (mild) goes in the mix.

Well anyway it's hard to be fancy and have a lot of flavor on a budget. That being said I do well enough and don't really get very bored of it all. Next month however I'm back to chicken in the mix - it's a lot more money that way but this veggie only thing is over rated.