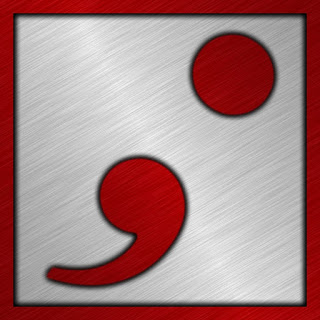 I'm actually kind of broken. I have Schizoaffective Disorder, Depression and Anxiety disorder and several physical things wrong with me.

Almost everyone I know in my personal life or online has some form of mental illness. Yet society seems to want to hide the fact that a large number of people are suffering.

There is a stigma that goes with the term and it causes people to hide this part of themselves from the world. The reality is that the vast majority of sufferers are just as capable of living life day to day as anyone. It is in fact not visible most of the time.

Yes there are people who you can encounter and know there is something wrong with them. But for most people you don't see it.

Unless you have been hiding in a cave your entire life, you know people (more than one) with some form of mental illness.

The number one reason people hide this from the world is when you hear they are suffering from something mental, you think they are a danger or they are unable to think for themselves. This is just not true in most cases.

Even a lot of people with a rather strong illness like myself can live a rather productive life. I am very stable and it's well controlled with the help of medication. In fact I am often the calming voice of reason to people I know in situations.

There are also a lot of people who think for some strange reason you can fix this with will power or some kind of stupid folk remedy like herbs or some dang vinegar crap. You can't. Yes there are some people who can control their mental illness with force of will, but this is not common for most people. Medication is needed in most cases and the fact that there is a strong anti-medication movement in this world right now has caused a lot of needless suffering.

There are people who can't funtion in a job because of an illness. They are often marginalized by the public when they can't work. The average person can't understand that anxiety or depression or other forms of illness can effect a person so strongly that they can not be in a job.

The sad thing is that mental illness is not grounds for being on disability in a lot of places. The fact that you are literally unable to keep a job because of it is not taken into consideration. If I did not have significant trouble with my body not allowing me to work, I doubt that I could be on disability. I know people with a great deal of problems mentally that have not been allowed onto the disability system. This needs to change.

We live in a world that realizes if you have physical problems you may not be able to work. This same world does not see the fact that you can be 100% disabled and unable to work because of a mental illness.

Some places are better than others in this respect though and do allow disability benefits for people suffering from a mental illness. I find it interesting that here where I live they will give disability for a cognitive impairment but not for a deep rooted fear of going out in public.

But then again things like a strong chemical sensitivity don't seem to count as disability here as well. I know of one woman who has to wear a filter mask to to shopping it's so strong - yet that alone would not count as disabled. But that is another story.

Just keep in mind when you encounter someone, you don't know what they are dealing with. You might not be able to understand even if they tell you. So be kind and try to be supportive.