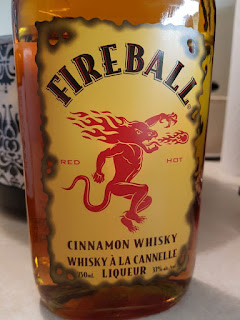 It's the Canada Day long weekend. Thus I have booze. It's the Canadian thing to do after all. Nothing like celebrating the 151st birthday of my nation by being drunk.

Honestly my Dad had to work most of the time on Canada day, but I can remember the times he did not have to going like this. BBQ lit, drink some rum, put the steaks on, drink more rum, wait for steaks to cook while drinking more rum. You get the point right? 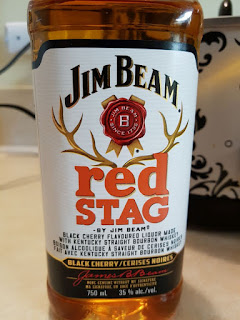 God help us if there where friends or relatives around as well, then it ended up in a noisy day on the patio with a great deal of drinks being had while Mom and the lady folk sat in the kitchen talking how much a bunch of louts their men folk where.

In them days, it was OK to give a few drinks to the kids. So here I was like 12 years old and my brother 17 and we had a few in us as well. I mean not to the point of going to sleep on the lawn, but a rosy glow caused by cheep rum and a hot day.

Strange thing is, in his older years, my Dad all but stopped drinking. I mean by the time he was my age it would be a year till he had another one. But I'm going to have like 10. Just sayin'.

Actually for me that is a great deal of booze. It will be 6 months or more until I bother to have more of it. Thus I am not used to it and my body becomes wobbly kind of easy. I also don't like to be very drunk anymore. I rather just have a bit of a buzz.

But I have to say in my 20's, 30's and most of my 40's I had a great deal of fun with friends over music and a large amount of drinks. Thus ending up on the sofa of a friend over night as there was no way I was getting home. Hell I remember one time I don't think I could have managed the stairs.

Now It's like over an 8 hour span I'll have maybe 8 or 10 of the things and that is that. I'll then go to bed and have a good sleep. Yes this will make me impaired but I won't be off my all like I used to be.

I also remember google hangouts in the early days and the Friday drinking party. Nothing like a group of people getting together online and drinking LOL. But honestly I almost never took part of that one.

But it's Canada Day after midnight and I want to do it in the manner I was learned to do. I just wish I had a friend or two with me at the time. My oldest friends and I have either lost contact with each other or they died. My newer friends are mostly online and the ones in town don't really drink ever. Also they are busy with family (something I no longer have).