CURIOSITY IS GETTING THE BETTER OF ME 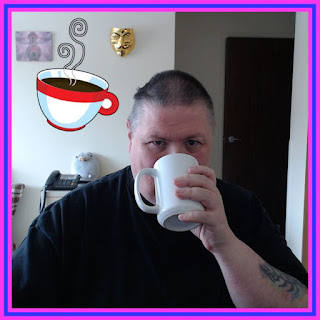 So sitting here watching TV then later posting on my blog and editing some photos and there is this sound from outside the entire time. We are talking 5 hours now.

The sound is a steady beat. It sounds like when someone bangs a hammer on a metal pole. But it has not stopped for 5 hours.

It seems to fade for a bit to a low volume then become clear and easy to hear again. This tells me it's not close to me. I know they are doing some work around the city in various manners, but what the hell has been dinging for 5 hours.

Now it's not like I want to scream STFU out the window or anything. It's just that I would very much like to know what the heck is making the sound any why it has to be this long that it's being made.

See I have this thing in my brain where I can't just sit here and ignore it, I want to know what it is. I've always been this way and it has in the past made for some interesting happenings - as I have gone looking for sounds or the source of a strange light or what not.

But yea - 5 hours of a perfectly steady DING DING DING DING. It has to be a machine doing it, no person would keep it up this long. As well if it was the wind causing it, it would not be steady like this as the wind keeps changing speed.

I got no clue but I'm curious as to what the hell.