RENDERING ON A 32 BIT COMPUTER AND OFFICE 365 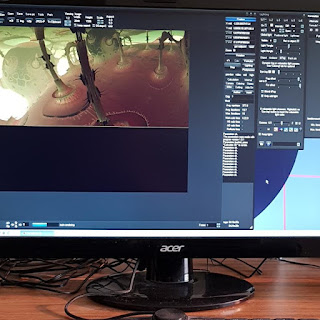 I've had to reduce render size as it will literally take 14 hours if I don't, but I can actually do renders on this ancient PC I'm using. It's kind of amazing to me.

Then again if they ever stop support for the 32 bit apps on Windows I'm going to lose a lot of toys that I love to use.

The PC I'm using is from 2005 and only has 1GB or ram and a 320GB HDD. The processor is very slow and so is doing anything on the computer. That being said it runs a lot of my toys. I just had to use old versions of a couple of things.

Office 365 on the other hand will NOT work on a 32 bit system at all - I wish to GOD it did as I'm paying every month to have it and I use it a lot. I am using an old copy of a free to use word processor instead. Then I'm going to the online 365 and tossing the text in and formatting. There is limitations to the online version that make it not friendly to some of the formatting on the PC version though - so some things don't work - my envelope template for example don't work on the only version.

Everything else I can do on the online version of 365, but dang is it slow to work with. Also there is no working app for Onedrive on the older systems - so I have to use the browser and it hates their site. It's slow as hell and the folders literally don't show up, just the links under them.

Still it's worth it just for the 1TB of storage space I get on Onedrive. I wish I could pay a couple bucks more a month and get 2TB or 5TB of storage though. There is no option to ad more storage onto it after you get 365 - it maxes out at 1TB. I could be wrong though, but when I went looking to double it, there was no option for it.

In any event, I'll be glad to order a reconditioned PC in October even if it will take several weeks to get to me. I'm not sure if I will order on the Walmart site, or eBay yet. Amazon is a bust for reconditioned PC's it seems - at least the Canadian side of it is.