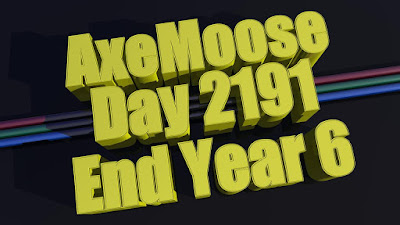 First off It was the end of 6 years posting a vlog every single day on July 31, 2018. Some say this is a big deal, but I don't think it is. I think at least half the people on the planet are capable of doing this if they put their mind to it. 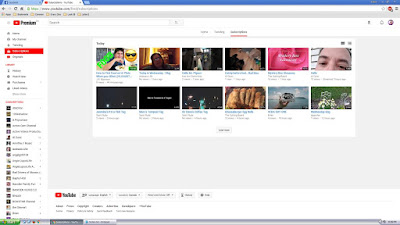 Just got YouTube Premium today. I wanted the music service and it was $9.99 a month. The YT option is $11.99 a month so it's not much more to get original content and get rid of the ads. There is also the ability to have a floating video window on the phone or tablet while I'm looking at another app. This is kind of a good thing as I can do Facebook and watch a vlog at the same time. It also will still play the video (or song) when you have the phone locked. I like that a lot.

The YT Music seems to come up with amazing playlists spawned from any song you come up with to listen to. I like the fact that there is a bunch of obscure songs on YT music as well that I am certain would not come up on other services as they are almost unknown.

The ability to subscribe to people I know so I don't miss their new content being posted is great as well. You can make as many playlists as you want as well and I think they max out at 5,000 songs. There is the ability to watch videos as well and you can actually toggle the setting to get only audio playing to save bandwidth.

I've watched a couple of the original TV shows they have on YT Premium and I kind of like them. They are as good as any other provider of content out there like Netflix.

Originally as I say I was shopping for a music service as I tend to listen to 2 to 4 hours of music a day (depending on what else I do that day). This is literally ever day of my life. I liked the interface for YT Music and was sold on the fact that they had a vast library of music to pic from and well - the option of videos. The YT extras where a bonus for not much more money.

As of yet there is not much on the Originals section and there is NOT the ability to subscribe to individual shows. As well if you subscribe to the Originals channel - it sticks the videos in your sub box. There is an annoying tendency on YT to not allow you to hide videos in your feed from large youtubers you see. It's one of the reasons I will NEVER watch any of the big names.

But the ability to watch the shows on my TV with no extra apps than what it comes with is a bonus. You can also use the music tab on the TV app to do the music part of it although it's 100% videos on the TV. Sooner or later there will be a YT Music app showing up on the TV's I'm sure.

The only thing I'm pissy about is that it will NOT link YT Music as my default music service in Google Assistant. The option just is not there as of this time for me. I'm sure in the future an update will fix that though. So for now I can't just say "Hay Google, play classic rock" and have it launch YT Music. You can however set it to do just YouTube - but there is the bandwidth issue if you are on a low number cell plan like I am.

All in all I'm 98% happy with the service and when they allow me to link it to Assistant I'll me 100% happy.

BTW there is a free version of both services, but they both nag you to go pro and show random ads. Hell some videos I've seen had 4 freaking ads on them for Gods sake. As well the free YT Music does not allow you to change apps and still hear the song - it stops play when you do that to encourage you to go pro. It also won't play on the lock screen.

Think of it thins way I used to buy a lot of albums in the past - about 2 a month. This alone set me back $20 (about) and the streaming service is $10 and has all the songs I will ever want to listen to. So ya know, I'm happy with it.