Why I Got Cable Again (Shaw BlueSky That Is) 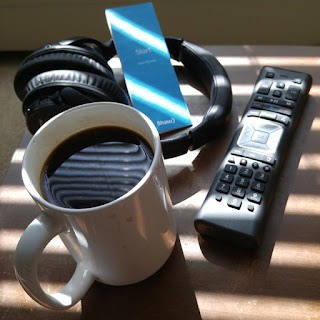 We some of you know already I have gone back to Cable TV and decided to get the BlueSky Package from Shaw that has Small TV and Internet 150. It's a bit different from the normal cable systems I was used to. It's got some cool features I never had in the past.

One thing is You can use voice commands to get the box to do things. Just push the button and say what you want. Say "movies" and it comes up with a list of movies on at the time. Say "sports" and a list of sports comes up.

You can record up to 6 channels at the same time or watch 1 and record 5. The on demand features that most of the good channels have now are easy to access. You select the TV show and in the options list select "episodes" and there you will have all of them listed that are still available.

Right now I am binge watching back episodes of "The Leftovers" from HBO Canada. This is to say the least an enthralling TV show. I can't imagine why people would not pay the extra $18 to get the HBO and Movie Time package. It's just so worth it. About 30% of the shows I relay enjoy are on HBO.

The hard drive is only 500GB though and I call that a drawback. I would have expected to have at least 1TB or the option to for a price get more memory installed in it. But there is no option for this. I mean if you take a month to go traveling POOF you have a full HD and missed a few shows.

I am sure a few are wondering why I did not stick to the Android Box. Well if you like 480P pixilated streams I guess it's the thing for you. As well I will NOT be doing bit-torrent's any time in the near future as I don't think it's all that safe and well it's not actually legal. The Kodi stream thing is at this moment still legal in Canada.

Also with Kodi binge watching is not always easy as often the streams are dead after a couple of weeks. So no back episodes for you. That reminds me there are a couple of shows I want to catch up with.

Some say "well there is Netflix". No... They don't have everything I am enjoying right now. Sure in the past I had said there are only 5 shows I liked. At the time it was true. I had no idea most of the shows I am watching right now even existed or I never would have parted with Cable.

The only "ouch" in getting cable again is that I have to pay for 2 months of service at once. This is a rather LARGE bill for me and I will only be paying most of it this time around and will be leaving about $20 of it for next month. I would have left a LOT more for next month, but I have a pile of things I need to get with my GST rebate in July. Some things I need to replace in the apartment and some things that are for a future purchase. Thus this month I will only have about $150 left over for fun. BUT I no longer go out much...

This takes up to why I decided when I don't have much money to spend like $60 or $70 more a month on TV. Well I used to go out almost every day and would spend on average of $70 a month on coffee and lunch. I no longer do this for several reasons. This leaves me at home 90% of the time alone. Well... Playing on Facebook and watching Vlogs on YT only takes me so far. Yes there was a lot of cool things on Netflix but you just can't replace cable with it. There are just way more things to watch and so on. 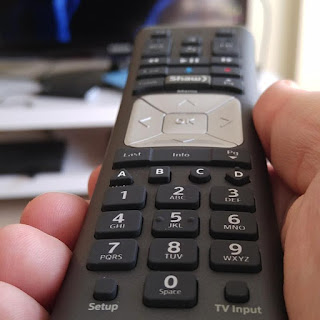 Well after I listen to a few more songs on the headphones I will be getting back to watching season 1 of The Leftovers. BTW for someone who not long ago said "I don't watch much TV" I seem to be watching a lot of it :) Oh well. It's worth it to have less "fun money" because now this is most of my fun. Hang in there folks and if you are thinking of Shaw for cable and internet go check out this deal (before it ends).