Mostly About My Online Life 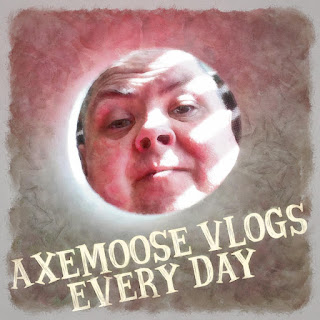 So it's kind of like going down the rabbit hole. I mean vlogging every day that is. I don't know if I keep doing it every day because I am used to doing it or I like it this much.

Yes I kind of enjoy doing it, but some days it's just get one done and be over with it.

I also never made a penny off of vlogging and never wanted to. So who knows... I did ask on a video for money once to get an A.C. Unit as I absolutely need one for my health in the summer. But when I got the money for it, I removed the links so no one else would send money thinking I still need it.

I don't find it repulsive that others make money off of vlogging but I don't see them in the same light as people who just do it for the fun of doing it. I kind of see them as doing a job.

Recently there was the issue with DaddyOFive who seems to have done anything to have his moment of fame in the YouTube spotlight. That being at the expense of his own children's well being.

As always I never had one bit of interest in anything to do with "pranks" or professional content providers so I never heard of them till the shit hit the fan.

I saw the videos that where posted all over the place before they had the opportunity to take them down. I saw the one where the little boy gets tossed into the book shelf and ends up with a bloody nose. Honestly at that point I felt sick. Literally it made me feel ill to be seeing someone exploit children in a violent manner just to make a few bucks.

The bigger issue to me is, why the HELL did this not send up red flags long before his ex-wife splashed it in the media? Why where people not calling children's services in his community and reporting abuse? Instead they just seemed to blindly watch the videos.

It seems there is some kind of strange separation between reality and what people experience on the net. Most people don't seem to see anything that is online as being real. This extends to the way they treat each other online.

We have allowed the internet to become out only way of communicating and we have allowed it to disconnected us from the humanity we should have. The majority of people I know have a vast number more friends online than in real life. These same people also don't seem to be able to actually talk to strangers in the real world.

I know I have made a lot more friends threw Facebook than I have in real life. So I guess I am a victim of this as well. The thing is, I actually know these are real people with real feelings on the other end of the wire. I don't treat them like some kind of game.

I have actually avoided the activities in my building for the most part in favour of watching a movie or hanging out on Facebook. This says something to me. It shows me how addicting online life is.

See we can for at least some part mold our online reality to fit our desires. We can be something or someone we are not if we want and we can be faceless if we want. This has led to a large number of people who act in an antisocial manner online just for the thrill of it. Studies have shown that most of them do not think they are hurting real people for one reason or the other. It also shows that there are a lot of people who are just out to hurt others and don't care who. These are the ones who are dangerous. They go out of their way to attack vulnerable people and get pleasure in their pain.

Yes they are mentally ill. It has led to the conclusion that there are are lot more functioning psychopaths in the world than we thought there where. The thing seems to be that most of them are to scared to do this is real life. Be it for fear of being sent to jail or the fear or being harmed when they say things like they do online to a person face to face.

Yes they will often go on how tough they are and most of them will pretend to be either very attractive people or some kind of fighting machine straight out of the gym. The reality of someone who is in that condition not having time to spend 8 to 12 hours a day online is not relevant in their mind and they really do think people see it as who they really are.

So yes there is a wide range of mental disorders that lead to the way an average person acts online. This tells me that most people are kind of broken. But on the bright side the internet can be literally a life line to people with disability and depression or anxiety. It allows them to interact with people and enjoy life a lot more than they normally would. When you take that face to face away it is always more easy to say "hello" to someone. 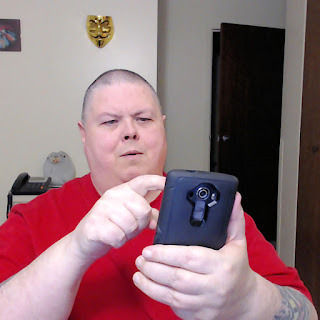 To end this, it's a mixed bag being online. You need to put up with a number of people being an out of control ass-hat out to fuck up your day. It also allows you to interact with a large number of nice and kind people who want to make your day that much better. It also allows you to network for many reasons. So... It's worth it to me to put up with the very crazy people to get to hang out with the good kind of crazy people I hang out with.