It's Hot AKA Remembering Snow In March 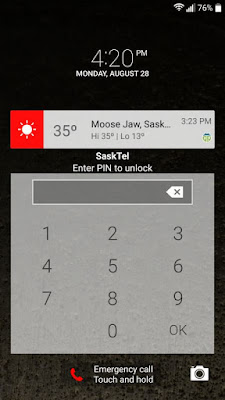 As a kid I remember it snowing not long after going back to school a couple of times. As an adult (about 20 years ago) it snowed so much we got almost stranded at a truck stop - this was in MARCH.

That one was a wild one. We went out there with out summer jackets on and then all the sudden I looked out the window and WOW the snow was up to the bumper on my friends car. So we though we where toast.

Sadly and locally a woman had a massive seizure and they had to send an ambulance. The city sent out a snow plow to get the ambulance to the truck stop and we followed it back in (still snowing).

It was snowing so hard that we had trouble getting back to my place and I'm sure even more trouble for my friend to get home. Once we departed from the path made by the plow it was hellish bad roads and we almost ended up stuck several times.

A few days later the vast amount of snow was gone and replaced by large puddles all over town - a mini flood of sorts. But the point is, you just never know what the hell the weather will do.

BTW the big change in temperature from night to day is causing my body a lot of pain. Fibro likes the temperature to be the same all the time you see, or at least mine does. But oh well.