Me Not Liking Tramadol And Someone Looking For Drugs 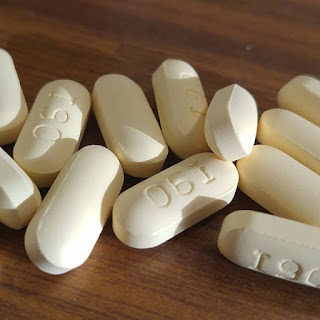 Well this is Tramadol. It about did me in. Well OK not quite but I'm mildly allergic to the stuff so I won't be taking it again. Caused someone else I know to have visions of people on fire - so that would suck too...

If I know it would have given me troubles I would have saved the money. I don't have a lot of it to start with, so ya know. Being it's not covered if I was given a longer run of it I would have had to say NO to them about the price of it.

I guess one day when I'm out I'll take it back for disposal - you should NOT toss it out or in the toilet - bad idea.

As for killing the pain, it cut the pain in half when I was at a level 7 for pain. Being it was Fibro pain, good luck finding anything that works for it. In the past I had a doctor what WOULD let me try anything - so I tried a lot of them and none of it worked well. Also most of it made me feel like crap and I don't need that.

This stuff made me feed disconnected and that sucked bad as well. I am not one of these who likes that shit.

Here is the kicker a friend of a friend was on me about it on Facebook pushing HARD as to what I was given and who the doctor was. Well I had no idea at all. She could not take that for an answer. She was BIG TIME into wanting to get the doctors name as most of them would NOT have given a scrip... All I have to say is I KNOW now why doctors have accused her of just wanting narcotics. I think exactly the same thing now.