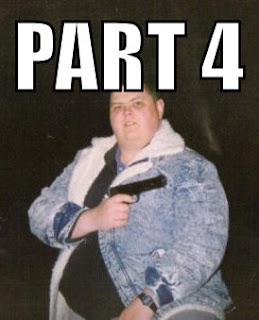 So I am now in the work force. I am painting and I am good at it. House painting that is. I was in charge of the three others in my group. I was not demanding, just told them if you don’t work like I work you are gone. I spent a lot of time with them and with a drink in my hand - other than at work. The one was this wild redhead and one of the biggest mistakes I made in my working history. It was strange how we came together in the same job for the same reason. It was even more strange that we both had the same birthday. The same day, month and year. Further still, we were popped out into the world at the same hospital in Saskatoon on the same night hours apart. We kind of hit it off and kind of ended up doing things you should not be doing with people who were under you at work. The other two ended up changing almost every other week, but me and that red head who fucked like an animal worked hard and played hard for almost a year. Then the work was over. The man who owned the place had managed to run it into the ground when the economy was booming. But oh well. We saw each other a few times after and kind of drifted toward other people. Once again I never saw her again after a few years. Yet another person who drifted into the mist so to speak.