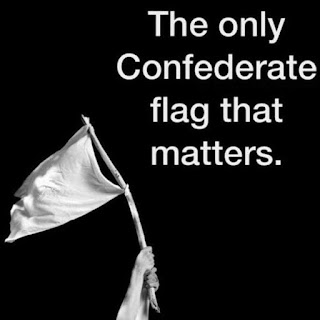 The mass hysteria in no small part driven by media hype and social media over-reaction that was the "free speech marches" are not a sign that they are going to take over or are getting stronger.

The fact of the mater is, compared to 20 years ago there is actually less of them out there. The fact that the media (or some of it) keeps frothing at the mouth on how there is a sharp rise in white supremacist moments is well, fake. I hate to use the term Fake News as it's been over used by the Right in so many ways it's not funny. BUT there it is.

Over the years I've known people who where on the fringe of these stupid groups up here in Saskatchewan. For the most part, most of them are a shadow of what they used to be. Seems indoctrination from birth is no longer working for the yocals...

The rationalization of the NEED to use violence against them in protests because "they are on the rise" or "if we don't they will take over" is silly at best.

The reality is, the military is well able to hold off such things if it came to that under martial law and what not. The fact that it would NEVER get to that is above these peoples thinking level it seems.

They would well be crushed by law enforcement in short order or at least in a couple of weeks. Lets face it, we have militarized the cops to the point it would never happen. They are not capable of taking over the country.

The best part is, the cry of "we will cleans this country" has been puked out of their mouths for about 150 years now... How many places have they taken over yet? None? Well, see my point yet?

Yes back in the day when I was young they where a problem, but not any more as they KNOW they will be crushed outright and spend a long time in prison or end up dead if they try it now.

Yes one of them went over the deep end and ran a car into people. It was on camera and filmed by several view points. There is no chance in hell this man won't at the very least end up in prison for the rest of his life. Calls that "it was staged" aside (see my point about yelling fake news)...

I love the fact that the vast majority of attacks on US soul have been by people born and raised there and not to mention their parents where as well. Yet these same yocals cry out for the banishment of all things Islamic to save the USA from certain destruction.

My guess is, if there is ever a biological attack it's going to be from the white power lunatic fringe. Oh wait, they tried that shit already and failed.

These are just hate filled disaffected people who feel the lack of power and desire to have control more than anything. At best they are capable of terrorist tactics and with the last big attack they preformed they are being watched around the clock - not to mention there are warning systems when people buy components for bombs now.

There is literally no chance of them cleaning people who vastly outnumber them and sure as hell no chance of them getting any real power. And don't give me that shit that Trump is one of them. He is no more than an opportunist that got to power threw an amazing set of fuck ups... So stop being in fear just because TV and Facebook tell you to be.