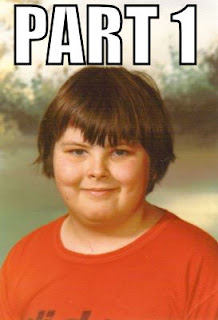 There was a time when I was a young person. I think I was about 10. We decided we were doing to get naked and play in this deposit of wet clay we found when on our bikes out in the countryside. See this is the way kids think. If I take my clothing off, they won’t be covered in clay and Mom won’t know. The reality that there was no clean water and that at best we could just be less dirty did not strike us at all. Us being two friends and I. So we rolled nude in the wet clay bank and pushed each other and had the best time ever. We never thought that someone might come along and do anything to us. Things then where so different. No one talked about that kind of thing. To see this in the light of a distant memory now is to think how fucking lucky we got that we were not picked up by the RCMP or nabbed by some sex offending low life. But at the time it was just three good friends rolling in the clay. The result of course was that we could not get clean enough after in the muddy waters. We ended up home late and smelling like swamp and covered in muck. We all got to spend several days’ home grounded to think about the stupidity of what we did and why it was wrong. The thing is, I would give almost anything to live that afternoon over again. That feeling of being free of the world and only joy in our hearts is long gone. Now it’s payments and rent and what food to get on a budget and how am I going to afford clothing when a 3 pack of undies in my size is $45. But then it was day after day of just being alive in the moment and never thinking of tomorrow. We just did stuff. We just lived. We just where part of this wonder of a world. Now we are oppressed by it and only on the odd moment we glimpse the joy of life that we once thought would never end.