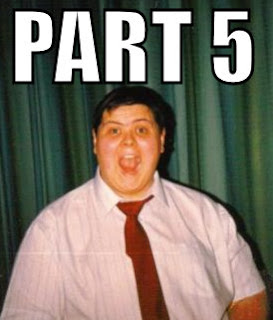 Church. OK this is after I admitted to myself that I had sexual feelings toward other men and women at the same time. I did not know the term bisexual yet even. It was my late twenties. A friend and I (one of the original three) started to go to a fundamentalist church. Now being that he is a full on gay man and I went both ways, things ended up stupid and we were damaged in many ways. We got full on into this entire God thing and studied the bible ever night (literally every night). The non-forgiving preaching’s of the pastor stuck with us and drove a wedge into our souls. It was the start of an exploration for me to find God on my own terms that lasts to this day. It was also the start of loathing of all things religion for my friend. His logic on the topic goes like this. Mom and Dad told me there was a God they also told me there was a Santa and an Easter Bunny. The last two where a lie, so God had to be a lie as well. But for me the feeling that there was a power out there that no only cared out us, but wanted us to grow, never went away. I found what I was looking for on my terms and continue to seek answers. I also accept that others are on a different path and that all paths that do no harm at paths to God. I also know that books are by men, and men make mistakes. Religion is of the mind and God is of the heart. When these two things get together there is often conflict in many forms. My biggest hope it to never stop looking for more in this respect.