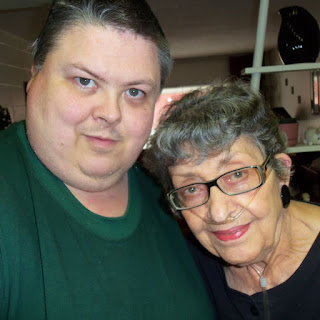 The last photo I ever took with Mom. We where just about to go shopping before this photo. Soon after she was diagnosed with cancer and three years later she was dead.

For years I kept taking her to the ER and they kept saying "It's a lung infection". It was in fact NOT a lung infection. When it was found it was far too late. Chemo did nothing but prolong her life a few months perhaps.

In the end we stopped the Chemo because it was getting too toxic for her and every round she was more sick than the last round. It would have been her end if we kept it up I think.

So for the lack of ability of someone to read an X-Ray and see that it's not an infection, I got to watch my mother die a slow lingering death at with she was only 78 lbs in the end. 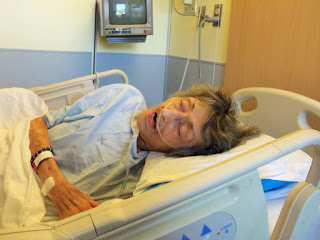 She did not even know I was in the room with her for the last 3 weeks. Before that for almost a month she was unable to talk or feed herself or even drink water.